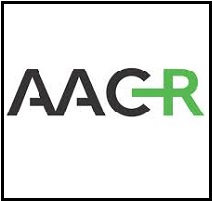 In this issue of Clinical Cancer Research, Beji and colleagues (1) report that the HER3 pseudokinase is overexpressed in a series of clinical primary colorectal tumors and derived colorectal cancer cell lines. Remarkably, colorectal cancer patients with high HER3 expression had shorter survival times compared with patients with lower expression. Moderate and high HER3 expression was identified as an independent prognostic marker for low survival associated with a relative risk of 3.29. The HER1 prototype of the EGFR/HER family comprising HER2 (ErbB-2), HER3, and HER4 has been identified as a critical player in the progression of epithelial neoplasms, including colorectal cancer. HER agonists initiate receptor homo- or heterodimerization and connections with a vast array of intracellular signaling pathways through paracrine and autocrine loops (Fig. 1). In addition, ectodomain shedding of heparin-binding (HB)-EGF from the transmembrane-anchored pro-HB-EGF by matrix metalloproteases provides EGF-like ligands that target HER1 via juxtacrine interactions. Several agonists of G-protein coupled receptors (GPR), such as the gastrointestinal regulators bombesin, gastrin-releasing peptide, endothelin-1, lysophosphatidic acid, and thrombin, were originally described to initiate this GPR–HER1 transactivation loop (2). Additional GPR–HER1 cross-talks were subsequently described for diverse GPR and pathophysiological processes, including fMLP-receptor–dependent chemotaxis in inflammatory cells and the alternative estrogen receptor GPR30 in breast cancer (3).