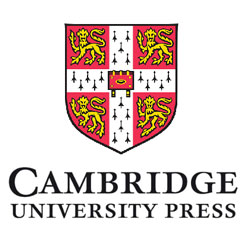 We review chemical ecology literature as it relates to biological control of weeds and discuss how this means of controlling invasive plants could be enhanced by the consideration of several well-established research approaches. The interface between chemical ecology and biological control of weeds presents a rich opportunity to exploit potentially coevolved relationships between agents and plants where chemical factors mediating interactions are important. Five topics seem relevant, which if implemented could improve the predictability of host range determination, agent establishment, and impact on the target weed. (1) The host secondary plant chemistry and a potential biological control agent’s response to that chemistry can be exploited to improve predictability of potential agent host range. (2) Evolutionary changes may occur in secondary plant chemistry of invasive weeds that have been introduced to novel environments and exposed to a new set of biotic and abiotic stressors. Further, such a scenario facilitates rapid evolutionary changes in phenotypic traits, which in turn may help explain one mechanism of invasiveness and affect the outcome of biological control and other management options. (3) Herbivores can induce production of secondary plant compounds. (4) Variability of weed secondary chemistry which, either constitutive or inducible, can be an important factor that potentially influences the performance of some biological control agents and their impact on the target weed. (5) Finally, sequestration of secondary plant chemistry may protect herbivores against generalist predators, which might improve establishment of a biological control agent introduced to a new range and eventually impact on the target weed. Recognition of these patterns and processes can help identify the factors that impart success to a biological control program.