Because poverty in rural and urban areas of the US often has different causes, correlates and solutions, effective anti-poverty policies depend on a thorough understanding of the ruralness or urbanness of specific places. This paper compares several widely used classification schemes and the varying magnitudes of poverty that they reveal in the US. The commonly used ‘metropolitan/non-metropolitan’ distinction obscures important socioeconomic differences among metropolitan areas, making our understanding of the geography of poverty imprecise. Given the number and concentration of poor people living in mixed-rural and rural counties in metropolitan regions, researchers and policy-makers need to pay more nuanced attention to the opportunities and constraints such individuals face. A cross-classification of the Office of Management and Budget’s metro system with a nuanced RUDC scheme is the most effective for revealing the geographical complexities of poverty within metropolitan areas.

The terms city, urban and metropolitan are often used interchangeably in research and policy. Within one month of taking office, the Obama administration established a White House Office of Urban Affairs whose charge is to to urban areas are effectively spent on the highest-impact programmes (The White House, 2009; emphasis added).

Dichotomising rural and urban masks the complexity and diversity of rural and urban places. Most metro counties (71 per cent) are rural and mixed rural places. While our findings are consistent with the conventional wisdom that metro or urban areas fare better than non-metro or rural areas in terms of major poverty and socioeconomic indicators, there is considerable complexity and diversity within rural and urban places. In non-metro areas, mixed rural counties are less poor than rural counties. Within metro areas, mixed rural, urban and rural counties are quite different from mixed urban counties with respect to poverty and other major socioeconomic indicators. Mixed urban counties fare the best relative to either the more rural or more urban counties. These nuances capture the geography of metropolitan poverty that increasing sprawl and the mixing of urban and rural functions have spawned. 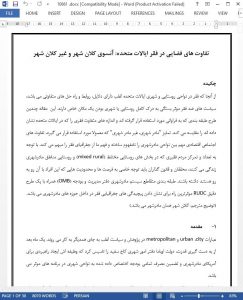 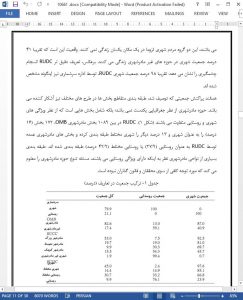 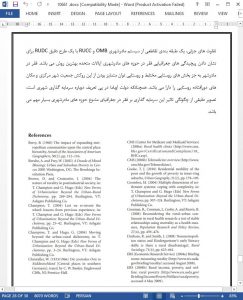