In a free radical UV-curing system, one of the biggest problems is low adhesion ability compared with solvent drying or thermo curing counterparts, which can be attributed to larger volume shrinkage and weaker bonding ability. It could lead to worse application properties and low fabrication resolution. The adhesion ability of UV-cured materials can be improved by a number of strategies including introducing organic-inorganic hybrid systems [4], long-chain structure compounds [5,6], and adding adhesion promoters [7] or inorganic nanoparticles [8,9]. However, even with such modifications, deficiencies still exist.

A novel polyurethane acrylate was synthesized from IPDI, HEA and hydrogenated rosin. The photopolymerization kinetics, characterized by real time FTIR, shows good reaction rate and photoinitiator concentration dependence. The storage modulus and the glass transition temperature of HPUA are about 3.25 GPa and 54.4 °C respectively according to DMA results. The volume shrinkage of HPUA is about 1.75%, much lower than commercial oligomer CN9001 and the adhesion to glass, PET, PVC and PC substrates are 4.56, 0.82, 1.91 and 2.01 MPa respectively, much higher than its comparing sample. The results indicate that HPUA is promising as a UV curing oligomer for low volume shrinkage and high adhesion demand. 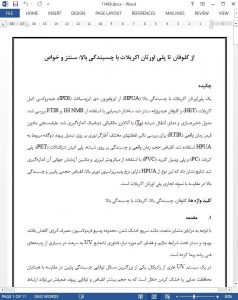