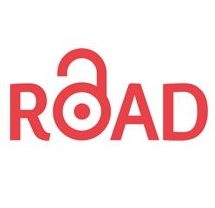 This study investigated Big Five personality traits as predictors of emotional intelligence of secondary school teachers in Rivers State of Nigeria. Two research questions and two corresponding hypotheses were formulated to guide the conduct of the study. The participants in the study were 770 teachers drawn from public secondary schools in Rivers State, Nigeria. Cluster sampling technique was used to draw the sample of the study. Two instruments were used for data collection. They are: Emotional Intelligence Behaviour Inventory (EQBI) by Akinboye and NEO Five Factor Inventory by Costa and McCrae adapted from Ata, Ather and Bano (2013). Data were analyzed using multiple regression analysis. The hypotheses were tested at 0.05 alpha level. Results of the study showed that: Big Five personality traits taken together statistically significantly predicted emotional intelligence of secondary school teachers; the relative contribution of agreeableness and extraversion personality traits in the prediction of emotional intelligence of secondary school teachers was statistically significant while the reverse was the case for others (conscientiousness, openness and neuroticism). Based on the findings, conclusions were drawn and recommendations made accordingly.