This paper presents the measurement results of bridge frequencies by a test vehicle in non-moving and moving states. The self-made test vehicle fitted with vibration sensors is a two-wheel trailer, intentionally used to simulate the theoretical single degree-of-freedom system. The two-span bridge selected is located in the Chongqing University campus. For the purpose of comparison, the bridge frequencies were firstly measured by direct deployment of vibration sensors on the bridge. The dynamic properties of the test vehicle in the non-moving state, including the transmissibility, are examined in detail. Based on the measured car-body response, the contact-point response of the vehicle with the bridge was calculated by a backward procedure that allows the vehicle frequency to be eliminated. It was found that the vehicle in the non-moving state can catch more bridge frequencies than in the moving state. Both the car-body and contact-point responses agree well the results by direct measurement. But the contact-point response performs better than the car-body response, which can be used to detect the first few frequencies of the bridge, including the torsional frequency.

The strength limits of existing bridges can be estimated by the static applied load tests, but their health conditions should better be detected by the vibration-based methods. Most modern applications of the vibration data for detecting the soundness of bridges began in the 1970s [1–3]. It is believed that vibration-based structure health monitoring is necessary for structures susceptible to ageing and the associated risk of accumulated damages [4,5]. Modal parameters such as frequencies, mode shapes and damping ratios are the key characteristics that are of concern most of the time. The health condition of a bridge can be diagnosed through the variation of the modal parameters identified for the bridge. In order to obtain the vibration data of the bridge, the effects of natural phenomena, such as ambient vibrations [1,2], truck impact loads [6], earthquakes [7], traffic flows [8,9] and even typhoons [10], have been utilized as excitations for the bridge. Some reviews of the vibration-based structure health monitoring using the vibration data collected from the bridge are available in Refs. [11–13].

In this paper, a self-made test vehicle is used to measure the frequencies of a bridge in both the non-moving and moving states. The self-made test vehicle fitted with vibration sensors is a two-wheel trailer, intentionally used to simulate the single-degree-of-freedom system that was theoretically adopted. The two-span bridge selected is located in the Chongqing University campus. Due to lack of structural data for the bridge, the results obtained by the test vehicle were compared with those obtained through attachment of vibration sensors on the bridge surface. By a backward procedure, the contact-point response of the vehicle with the bridge surface was calculated from the measured car-body response. 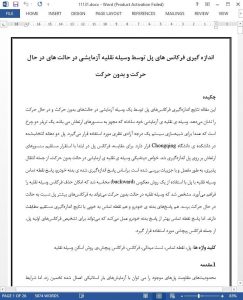 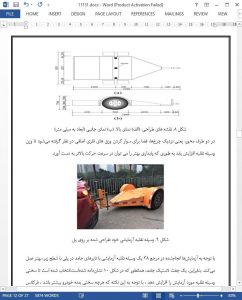 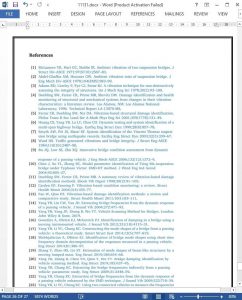