The possibility of using EPR spectroscopy to monitor the current concentration of polyaniline and control the kinetics of aniline polymerization is shown. Kinetic measurements were carried out for various temperatures, initial concentrations of reagents. Autocatalysis was detected in all cases. It was shown that the order of polyaniline-catalyzed oxidation of aniline changes from the first to the second as a result of a decrease in the monomer concentration. A new approach to deriving an equation for the rate of oxidative polymerization of aniline and its derivatives is proposed taking into account the physical adsorption and chemisorption of the monomer, and the reaction mechanism is considered.

The combination of significant electrical conductivity [1], high chemical and thermal stability [2–4] provided an increased interest in the study of synthesis, properties [5,6], directions of application of polyaniline and its derivatives [7–9]. The establishment of the mechanism and kinetics of polymerization is traditionally one of the important points in the search for relationships between the properties of macromolecules and the conditions of their synthesis. Although the mechanism of many classes of polymer synthesis reactions has been established, the nature of chain growth in oxidative polymerization is the subject of numerous discussions in literature [10]. Until recently even the nature of the active centers of the oxidative polymerization of aromatic amines was discussed, and the participation of radicals [11], cations [12–14], and radical cations [15–17] was considered as alternative options. The increased activity of monomers with electron-donor substituents in the oxidative polymerization of aniline derivatives indicates the formation of positively charged particles as intermediates [18,19]. Kinetic data [15–18], the absence of chain cross-linking [20] and the inefficiency of typical cationic “traps” in the interception of intermediates [21] suggest that radical cations are active centers of oxidative polymerization of aniline derivatives. 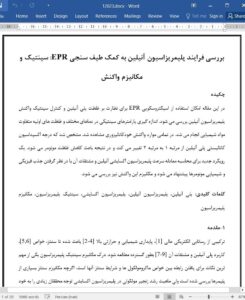 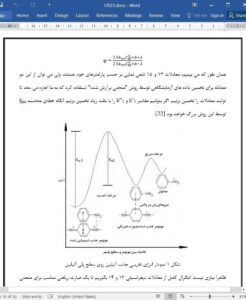 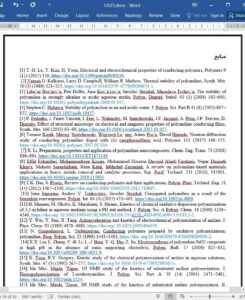