Drawing lessons from the System of Environmental and Economic Accounting Central Framework (SEEA-CF) and Experimental Ecosystem Accounting (SEEA-EEA), China is carrying out a pilot project for ecosystem accounting at the provincial level. Compiling and applying the principles, methods and ecosystem accounts of natural capital accounting in Northwest cities are new explorations. This study considers the degradation and fragility of the urban ecosystem in Xi’an and discusses urban natural resource (NR) accounting in terms of the physical quantity and monetary value. We took Xi’an as a case to demonstrate how to use the SEEA to analyze NR changes and the effectiveness of local eco-environmental management policies based on the characteristics of cities. The results show that, compared with using the physical quantity, calculating the monetary value according to NR restoration obligation, NR maintenance obligation better reflects the utilization level of urban NR, measures resource depletion and degradation, and maximizes the utility of the accounting results. This study focuses on using NR accounting methods for urban water resources, land resources and mineral resources, and evaluating ecosystem services for purposes of ecological restoration. It lays a foundation for consolidating urban gross ecosystem product accounting results in line with the SEEA and provides support for future study.

Northwest China is a typical developing region, with deep-inland locations and geomorphic features dominated by mountains, basins and deserts, including the Gobi Desert. It contains 7.33% of the population and 32.25% of the territory of China, with 52.19% of the region’s population living in cities or towns. The northern part of Shaanxi Province is the Loess Plateau, which accounts for 40% of the province’s land area, and the southern part is the Qinba Mountains. The terrain, which is higher in the north and south, and lower in the center, is composed of plateaus, mountains, plains and basins. Shaanxi Province crosses the Yellow River and the Yangtze River, spanning three climatic zones, with large climatic differences between north and south. Located in the Guanzhong Plain in the central part of Shaanxi Province, Xi’an is a typical river valley city and the largest city in Northwest China. From the northern part of the Qinling Mountains to the southern part of the loess, the geomorphology and land use types differ significantly. In addition, serious ecological damage, such as leveling mountains and building cities in Yan’an (The Ministry of Natural Resources of China, 2017), Shaanxi Province, and environmental pollution in the protected areas of the Qilian Mountains in Gansu Province, has occurred frequently in Northwest China. The conflict between resource shortages and urban development has become increasingly prominent (Li et al., 2012).

The conflict between short leadership terms and the ecological environment assessment cycle must be solved, and the one-sided pursuit of short-term benefits during leadership tenure, which leads to resource and environmental problems, must be prevented. The corresponding responsibility and rights of leaders are clearly defined through the NRBS. The need for such audits and the audit accountability of leaders are stipulated by the Chinese government in the “Lifetime Accountability System for Ecological Environmental Damage Responsibility”. 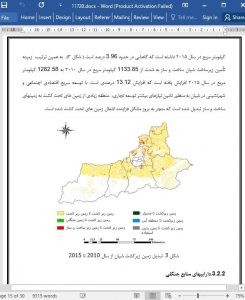 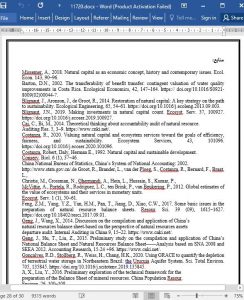