The aim of this study was to investigate the effects of polyunsaturated fatty acid (PUFA) supplementation from different sources in the diet of dairy sheep under high ambient temperatures on ex vivo lymphocyte proliferation and inflammatory responses. The experiment was carried out during summer: 32 Comisana ewes were divided into 4 groups of 8. The FS group was supplemented with whole flaxseed, the AG group was supplemented with Ascophyllum nodosum, the FS+AG group was supplemented with a combination of flaxseed and A. nodosum. The fourth group (CON group) was a control and received a diet containing no supplement. The average maximum temperature was around 33°C during wk 2 and 3, whereas the mean temperature never decreased below 26°C. Following 15 d of treatment with respective diets, peripheral blood mononuclear cells (PBMC) from sheep who received a diet supplemented with A. nodosum had impaired cell proliferation responses and IL-6 production after mitogen stimulation compared with PBMC from FS+AG sheep. In addition, PBMC from AG sheep displayed impaired cell proliferation compared with cells from the CON group. The FS+AG cells produced lower levels of IL-10 than CON cells, and higher IL-6 than AG and CON cells. Results demonstrated that the supplementation with PUFA from different sources in a sheep’s diet can influence their immunological responses under high ambient temperatures depending on the composition of fatty acid supplementation. In particular, synergistic effects of different PUFA from flaxseed and A. nodosum, simultaneously administrated in the sheep diet, were observed on activation of inflammation response.

Farmed animals are subject to different types of stressors caused by both management procedures and environmental conditions. Stress can affect the immune system by altering immunological and inflammatory processes. In sheep, both physiological stress connected to gestation and lambing, and psychological stress, caused by isolation, increased in vivo plasma secretion of pro-inflammatory cytokines, including IL-6 (Caroprese et al., 2006, 2010). During an immunological challenge the balance between pro-inflammatory and antiinflammatory cytokines is an important mechanism to regulate the ongoing pro-inflammatory processes and to avoid tissue damage resulting from excessive inflammation. Interleukin-10 is a well-known anti-inflammatory cytokine whose main role is to reduce the production of inflammatory mediators after immunological challenges (Murray, 2006). During the summer season in the Mediterranean basin, dairy animals are exposed to climatic conditions that often result in a depression of the immune system (Lacetera et al., 2005).

This study demonstrated that the supplementation of PUFA from A. nodosum in the diet of sheep under high ambient temperatures influenced sheep immune responses with the reduction of lymphocyte proliferation. The combined supplementation of PUFA from flaxseed and A. nodosum, based on the presence of both ALA and EPA, showed a pro-inflammatory response as demonstrated by the increase in IL-6 and the decrease in IL-10 productions. Results of the experiment demonstrated that the supplementation with PUFA from different sources in sheep can influence their immunological responses under high ambient temperatures in relation to the composition of fatty acid supplementation. Further studies are needed to evaluate the effects of PUFA from different sources on sheep cytokine profile under different types of stressors. 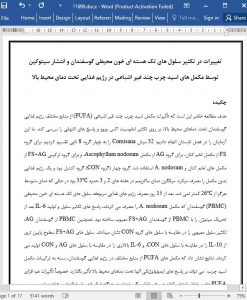 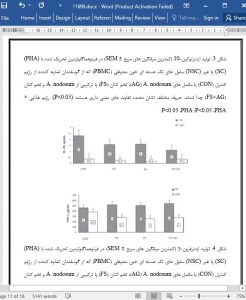 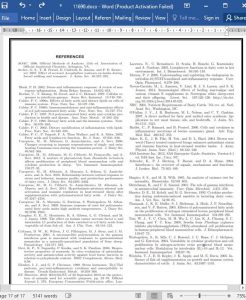