In order to further understanding of the links between biological and cultural diversity, this study examined the role of forest species and biodiversity in the livelihoods of indigenous Bakweri villagers and migrants to the Mount Cameroon region. Surveys of resources consumed and sold by 118 households were undertaken in five villages over the course of one year. The contributions of different habitats and management systems (compounds, farms, fallow, forest) and species (native and introduced; cultivated and wild-harvested) to local livelihoods were evaluated. The study showed that indigenous households depend to a much greater extent upon a range of habitats and species than migrant households, particularly for subsistence. Indigenous resource management systems grow from historical relationships between people and place, and promote resilience, well-being and adaptation in an area long characterized by environmental, social, political, and economic uncertainty. The managed landscapes of indigenous villages can contribute to broader conservation efforts in the region, including those associated with the newly established Mount Cameroon National Park.

Forests and biodiversity are central to indigenous livelihoods, health and well-being around Mount Cameroon. They are an integral part of complex and dynamic cultural systems that have adapted to enormous change over hundreds of years, including the forced removal of indigenous villages onto marginal lands to make room for German colonial plantations in the late 19th century (Ardener 1996, Kofele-Kale 2010). Despite this, more recent pressures on land and resources, and the forces of globalization, indigenous groups have nonetheless maintained sophisticated, multi-dimensional management and livelihood systems (Laird in press).

At first glance, the livelihood systems of indigenous and migrant households seem alike. With variations in emphasis, they rely on a similar suite of crops for cash income and subsistence, and collect similar high-value forest products known throughout the region. Upon closer inspection, however, it becomes apparent that Bakweri households use a much larger number and variety of species – native and introduced, wild and cultivated – and actively manage and use a range of habitats. The diversity inherent in these systems is greatest, but most invisible to the outside eye, as manifested in subsistence use. Products sold in markets for cash – whether crops or forest products – are drawn from a pool of resources that is small compared with those used for subsistence, and their harvest responds to external demand. Subsistence, on the other hand, reflects long cultural ties to place, to the landscape, species, seasons, and history. 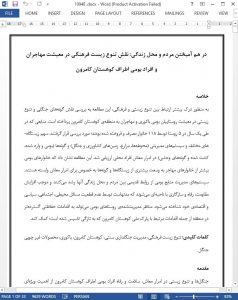 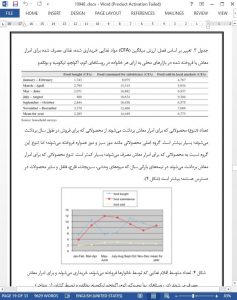 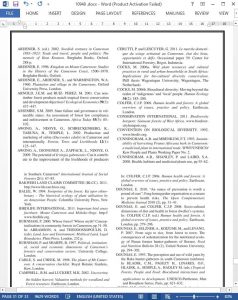