The manufacture of emulsions is an important part of many processes across many industry sectors; however, the emulsification process often still relies on traditional droplet break-up systems during which droplets are produced by repeatedly breaking large droplets into smaller ones until the desired size range is reached [1]. The last few decades have brought many advances in producing droplets with very tightly controlled size distribution spans, which find uses in high value products such as spacers for liquid crystal displays [2] and packing beads for chromatography columns [3]. These droplets are produced by more careful emulsification techniques, producing the droplets at the size that is required rather than breaking them up from pre-existing larger droplets [4,5]. One such technique is that of membrane emulsification, and this has been explored with the aim of producing near mono-disperse droplets [6,7].

Rotating membrane emulsification compares favourably in many respects to cross-flow membrane emulsification. It produces similar droplet mean diameters at much lower shear rates than the comparable cross-flow system, although at the expense of having larger droplet size distribution spans. This makes it suitable for possible applications in the food industry, where mono-disperse droplet size is less important than production rate and minimising the exposure of sensitive structures to shear (for example in flavour masking of neutraceuticals) is more relevant 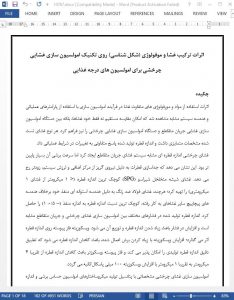 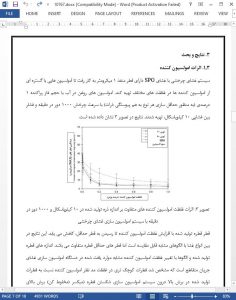