Purpose – The purpose of this paper is to examine the effects of empowering leadership at the team level on employees’ subjective well-being (SWB) and work performance through perceived social support. Based on social exchange theory (Blau, 1964), the study identifies the mediating effects of perceived social support in the relationship between empowering leadership and both employees’ well-being and work performance.

Design/methodology/approach – The study utilized a survey of 1,225 employees working for an organization in South Korea and archival data of the organization. It employed hierarchical linear modeling analyses and the CWC(M) procedure for the tests of multilevel mediation.

Originality/value – Taking a multilevel approach to leadership and relying on both self-reported and organizational archival data, this study contributes to the literature on leadership and well-being by examining the relationships between empowering leadership toward a team and team members’ well-being and performance, and by revealing the crucial mechanisms that underlie them. The study helps to elucidate the impact of empowering leadership on employee SWB, which has largely been neglected in prior management research.

To date, employees’ well-being in the workplace has received considerable attention from scholars. Since researchers observed that places where people experience higher well-being have lowered the probability that they will develop various diseases, such as heart disease, diabetes and cancer, and lowered the mortality of those diseases (Lawless and Lucas, 2011), an interest in the quality of their lives is growing (Diener and Tay, 2015). In accordance with this trend, more studies that examine various work-related variables associated with employee well-being are being conducted in the field of management (e.g. Conway et al., 2015; Li et al., 2016; Panaccio and Vandenberghe, 2009). 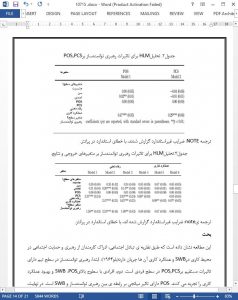 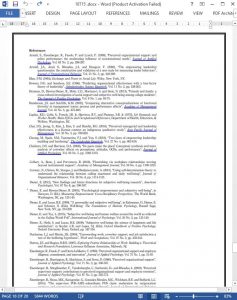