We develop an econometric method to detect “abnormal trades” in option markets, i.e., trades which are not driven by liquidity motives. Abnormal trades are characterized by unusually large increments in open interest, trading volume, and option returns, and are not used for option hedging purposes. We use a multiple hypothesis testing technique to control for false discoveries in abnormal trades. We apply the method to 9.6 million of daily option prices.

An important distinction of option trades is between liquidity and non-liquidity trades. The former is solely driven by liquidity shocks to option traders. The latter can be driven by various motives, including private information and hedging needs. Disentangling these option trades can potentially improve our understanding of the functioning of option markets.

This paper develops an econometric approach to detect certain non-liquidity option trades that we call abnormal trades. We define abnormal trades as unusual trades in option contracts which generate large gains, are not used for option hedging purposes, and are made a few days before the occurrence of a specific event.

We develop two statistical methods to detect option abnormal trades, i.e., unusual trades in option contracts that generate large gains, are not used for option hedging purposes, and are made a few days before the occurrence of a specific event. The first method uses only ex-ante information and aims at detecting abnormal trades as soon as they take place. The second method relies on a more stringent definition of abnormal trades and also uses ex-post option returns. We control for false discoveries in abnormal trades using a multiple hypothesis testing technique.

We apply the two methods to 9.6 million of daily option prices. Our empirical findings can be summarized as follows. Detected option abnormal trades tend to cluster prior to major corporate events, such as acquisitions or financial disruption announcements, involve often liquid options, generate easily large gains exceeding millions, and are not contemporaneously reflected in the underlying stock price. 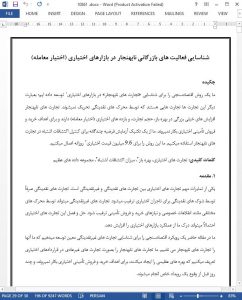 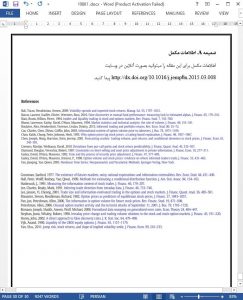