The persistence of policy failures is a recognized but not well-understood phenomenon in the literature of the policy sciences. Existing studies offer only limited insights into the persistence of policy failures as much of the literature on the subject to date has focused on conceptualizing the topic and differentiating between different types of failures. Much less attention has been paid to systematically examining the sources of the problems which lead to recurrent failures. Collectively, the articles in this issue move this discussion forward and show the persistence of policy failures can be better understood by examining a wide range of factors both within and beyond a policy subsystem, especially the nature of the political system and its influence on decision making, governance capacity and the impact of its limitations on the chances for policy success, and levels of uncertainty in policy knowledge and practice, which continue to plague decision making and decision makers.

The persistence of policy failures is a widespread phenomenon, which has not yet been paid sufficient attention in the policy sciences. Such persistence can be observed in the same type of policy failures being repeated across time periods, policy sectors and countries, despite the availability of many opportunities for policy learning and despite the very detrimental consequences of such failures to government longevity and political and administrative careers (Moran, 2001). It is not hard to identify circumstances, for example, where a policy failure or scandal linked to one administration is exploited by its opponents in winning election only for the new incumbents to find themselves falling prey to the same type of policy failure with the same electoral consequences several years later (Schultz, 2007). Why this happens and why the potential for learning the lessons of policy success and failure is often not realized in practice (Bennett and Howlett, 1992; Howlett, 2012) are significant questions, which reveal a great deal about overall policymaking process and dynamics (Hindmoor and McConnell, 2013).

Collectively, the articles in the issue argue the persistence of policy failures can be better understood by examining a range of factors both within and beyond the policy subsystem, including the nature of the political system, governance capacity, and levels of uncertainty in policy knowledge and practice identified in earlier studies.

In his contribution, Allan McConnell sets out the basic problematic of repetitive policy failures. He looks at how governments throughout the world seem cursed to suffer periodic policy failures. Avoiding such failures, McConnell argues, is a tricky issue for governments. A major problem, for example, is that policies often have multiple and potentially conflicting goals to satisfy. For instance, public spending cutbacks coupled with additional taxes deployed for the purpose of reducing debt may create high risk of failure due to difficulties in building the necessary coalition of support for the measures. 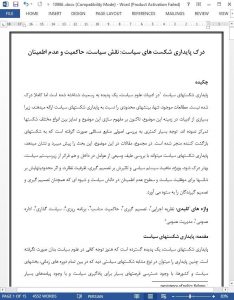 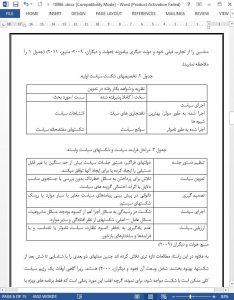