Central banks around the world adjust their policy rule (the benchmark interest rate) downwards when their economies weaken and upward when facing little inflationary pressures. Best understood as “Taylor rule” (1993), these adjustments become more important for some countries compared to others. It could also be that other (possibly external) factors are relevant in the central bank’s decision rule. In any case, it is likely that financial markets of developed and developing economies react differently to monetary policy. Due to the need to attract foreign capital, developing market economies may be reluctant to cut rates that would decrease the attractiveness of their fixed-income financial assets in local currency. Developed countries, on the other hand, may face other problems with interest rates becoming extremely low, thus reducing the effectiveness of monetary policy (Swanson and Williams (2014)). Whether fluctuations of interest rates as a result of monetary policy have an effect on the stock market is thus a relevant research question. And it would be increasingly so after the recent global financial crises of 2008-2009 led to a decline in world economic growth and encouraged monetary policies attempting to restore economic stability. In this paper, we contribute to the literature by providing empirical evidence about the uneven effects of monetary policy in developed and developing countries. Whereas strategic declines in benchmark interest rates in developed countries have contributed to a bull market, interest rates have not influenced stock market returns in developing countries as domestic monetary policy pursues different goals than those in developed countries. To our knowledge, comparable findings have not been documented as no other study has explored a similar research question.

We examine stock returns as a function of expected cash flows and discount rates using 21 developed countries and 19 developing countries in a panel data setup at quarterly frequency from January 1999 to December 2013. We test our hypothesis first using fixed effects models as this has been a popular model in the literature. Subsequently, we proceed with a dynamic panel approach, which can be implemented in a variety of ways depending on how reverse causation is modeled. We here report SGMM results when allowing for stock returns to have an impact on the goods and services market (RGDP growth), the so-called “wealth channel”. 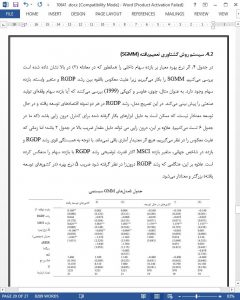 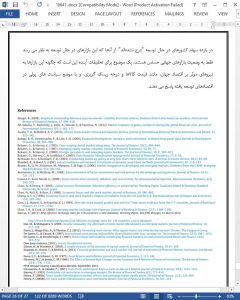