Abstract The effect of three commercial proteases (pronase E from Streptomyces griseus, aspartyl proteinase from Aspergillus oryzae and papain) on protein breakdown and the sensory characteristics of dry fermented sausages was investigated. Water soluble, non-protein, 5% phosphotungstic acid soluble, 5% sulphosalicylic acid soluble and total volatile basic nitrogen contents increased during fermentation, stabilizing later until the end of ripening (26th day). Nitrogen values were always greater in the aspartyl proteinase added batch in comparison with the other protease added batches. Total free amino acid changes showed a similar pattern to those observed for the 5% sulphosalicylic acid soluble nitrogen. The electrophoretic studies demonstrated that proteolysis of high molecular weight myofibrillar and sarcoplasmic proteins was more prominent in protease added batches. It was especially intensive in papain one. The dominant amino acids at the end of ripening were similar in all batches. Tyramine and histamine increased throughout ripening. No significant differences in sensory properties were found between control and pronase E and papain added batches, but they were significantly different (p < 0.01) from the sausages containing aspartyl proteinase, due to an excessive softening. The effect of exogenous enzyme addition on the flavour potentiation of dry fermented sausage is discussed.

Pronase and papain-added batches did not differ from the control batch in the triangle test. Nevertheless, significant differences (p < 0.01) were found when the aspartyl proteinase-added batch was compared to the other three batches (data not shown), due to an excessive softening. Table 5 shows the effect of the addition of the three enzymes on some sensory characteristics. The overall quality of pronase E and papain batches were scored at values close to those of the control.

The aspartyl proteinase batch showed a remarkable softening, obviously due to excessive proteolysis. However, although appearance and texture scores were judged by the panel as similar to those of batches with higher amounts of this enzyme (Diaz et al., 1992) the results in flavour evaluation were different. When higher amounts of aspatyl proteinase were added (Diaz et al., 1992) a better flavour was obtained, probably due to the levels of protein fragments formed. 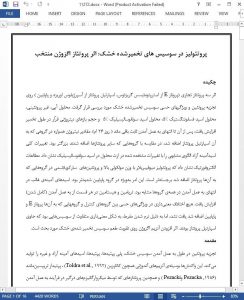 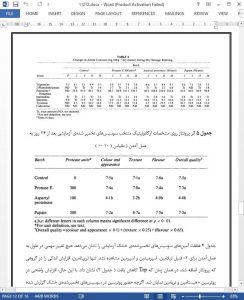 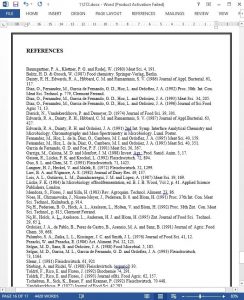