Part I of this series traced the origins of the electronegativity concept in the writings of Amedeo Avogadro and Jöns Jacob Berzelius in the period 1809–1813 (1). Avogadro’s approach—based on the concepts of acidity and alkalinity as generalized relative properties, the use of contact or Volta potentials as a measure of relative electronegativity orders, and an awareness of the potential perturbations of mass–action effects in establishing relative affinity orders—was the more sophisticated of the two. However, the less rigorous approach of Berzelius, when coupled with his greater success in establishing a complete table of relative electronegativities for the then known elements and his far more influential reputation among European chemists of the period, soon eclipsed Avogadro’s more fundamental contribution.

An example of the way in which electronegativity was adapted to the newer concepts of valence and chemical structure can be seen by examining the 1870 volume, A Text-Book of Elementary Chemistry, by the American chemist George Barker (5). Generally regarded as the first American book to be explicitly based on the new structure theory, Barker’s text noted that chemists were now able to determine three different atomic properties: atomic weight, atomic valence, and atomic electronegativity. 1 The first of these, which measured the “quantity of matter” present, allowed chemists to calculate compositional formulas and to quantify chemical reactions. The second, which measured the “quantity of an atom’s combining power”, allowed chemists to rationalize chemical structure and to predict the number of possible isomers consistent with a given composition. Lastly, the third parameter, which measured the “quality of an atom’s combining power”, allowed chemists to rationalize differences in chemical reactivity for otherwise isostructural molecules. Barker also included tables of each of the three properties—his table of relative electronegativities (Figure 1) differing from Berzelius’s table of 1836 only in the addition of nine new elements (Nb, Ru, In, Tl, La, D, Er, Rb, and Cs) that had been discovered in the interim.2

In Part I (1) it was noted that nowhere in his 1932 paper on electronegativity did Linus Pauling bother to give an explicit definition of the concept. The reasons for this should now be apparent. By the 1930s the electronegativity concept was more than 120 years old and its most recent reincarnation, in terms of an atom’s ability to attract and retain valence electrons, was almost 30 years old. Consequently Pauling could be certain that his readers knew exactly what he meant by the term. 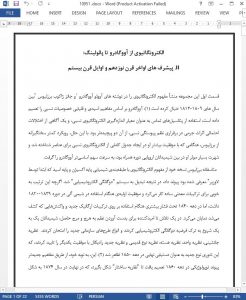 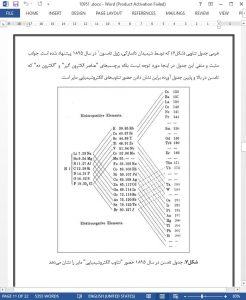 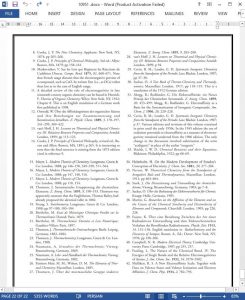