Strategic thinking is an essential component of rational decision-making. However, little is known about its developmental aspects. Here we show that preschoolers can reason strategically in simple individual decisions that require anticipating a limited number of future decisions. This ability is transferred only partially to solve more complex individual decision problems and to efficiently interact with others. This ability is also more developed among older children in the classroom. Results indicate that while preschoolers potentially have the capacity to think strategically, it does not always translate into the ability to behave strategically.

Strategic thinking, or the intrinsic ability to anticipate actions and act accordingly, is a cornerstone of rational decision-making. It shapes behavior both in individual situations and in games of strategy. While strategic decision-making in children has received substantial attention in the literature [1–14], little is known about the age at which children start displaying it. For example, tic-tac-toe is popular among preschoolers. However, it is unclear whether children can anticipate multiple steps or whether they are bound to ‘play as they go’ [3]. Similarly, children are known to display some degree of sophistication in interactions, but behavior in most studied paradigms is likely driven by other-regarding concerns, cultural factors, or by mimicking others’ behavior [4, 6, 8, 10, 15–18]. These confounds may hide the contribution of strategic thinking to behavior.

Our analysis provided evidence that children understood the need to apply logical reasoning, LR, in the individual decision-making tasks Simple and Complex, but many failed to implement anticipatory reasoning, AR, in the most difficult tasks Complex and Game. Our classification analysis revealed a large heterogeneity reflecting different developmental stages: a few participants were able to apply these abilities across contexts while many others struggled with the second, and some did not acquire any. In particular, the ability to play at equilibrium in Game was inherently related to the ability to think logically (LR) and to make simple anticipations (AR-s) in individual decision-making tasks. Interestingly, the ability to solve the arguably most difficult task Complex was associated with the ability to answer conservation questions in a motivated context. A few comments are in order regarding these results. 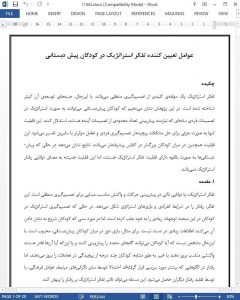 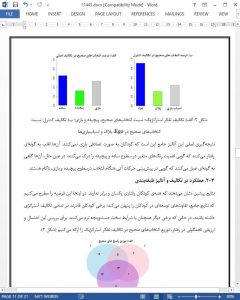 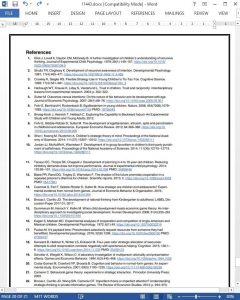