In this paper, a finite element formulation, used to analyze the contact-impact behavior of geared rotor systems coupled with the rotational, lateral, and axial vibrations between gears at high rotational speeds, has been developed. A gear impact element to model the contact-impact behavior between gears has been developed and its numerical method is discussed. A relative displacement measurement idea has been proposed to measure vibration parameter for contrast experiment in high rotational geared system. The equations of motion are derived and solved iteratively during each time increment until the unbalanced force decrease to an acceptable tolerance level. Based on the proposed method, an analysis program, GEARS, has been developed. The contact-impact behavior of geared rotor systems is analyzed especially under high rotational speed condition as numerical examples, which are demonstrated to show the effectiveness of the proposed method.

Several studies on gear dynamics have been made by the finite element method (FEM). Stress on the teeth of gears, produced on the spur gears by static loading, has been examined [1]. A two-dimensional FEM model of the teeth of spur gears has been built, and the stress of the gear has been calculated at given dynamic loads [2]. In addition, impact loading to a three-dimensional model of gears has also been developed [3]. A multitooth finite element model was used to analyze the contact of bevel gears [4]. On the other hand, several analyses have been conducted on the dynamic behaviors of geared rotor systems using the FEM by many authors [5–9]. Furthermore, the dynamic behavior of rotor-gear-bearing systems is also simulated using modal synthesis [10].

In this study, a finite element formulation, which is used to resolve the contact-impact behavior of geared rotor systems during high-speed rotation, is given. A gear impact element, which expresses the contact behavior between gears, is developed. The validity of this formulation is confirmed through its application to an actual electric disk grinder and comparison with experimental results. The nonlinear vibration mechanism of the geared rotor system is demonstrated. It is concluded that this approach can be used to analyze the complicated contact-impact behavior of various products during high-speed rotation and can also be used to design low-vibration and low-noise geared rotor systems. 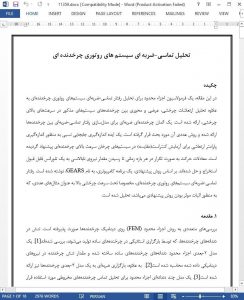 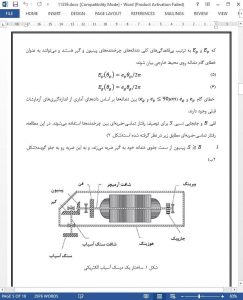 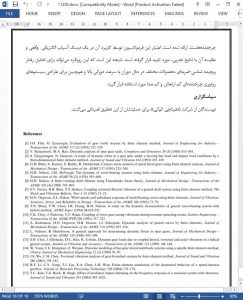