The importance of human resource qualification for the tourism industry in general and for hotel firms in particular has been a recurrent theme for several years now. The present paper deals with training policy in hotels and has as its aim to know the extent to which their strategic orientation influences: (1) the investment that firms make in training; (2) the preparation of formal plans; and (3) the type of training developed. It is also our intention to check whether this strategy-training link has an impact on hotel performance. With that aim in mind, an attempt will be made to see whether the effect of training on business results is direct or materializes through a number of intermediate variables such as client satisfaction or changes in the behavior of employees (indirect effect). A comprehensive analysis of the literature was conducted to identify the main research and establishing the hypotheses to be tested. Our paper used a sample of Spanish companies with the partial least squares (PLS) method being applied for the analysis. The results show that the development of a training policy oriented to human capital development in the case of hotels following a differentiation strategy leads to improved business results both directly and indirectly, while simultaneously influencing investment as well as formality in training activities.

Human capital qualification in tourism firms appears as a key factor in customer satisfaction, service quality, competitiveness and organizational performance. This idea is supported by a wide range of theories and empirical studies in tourism management, strategy, and service literature, all of which stress the critical role that human resources play within organizations. On the theoretical side, the resource-based theory (Barney, 1991; Grant, 1991; Wernerfelt, 1984) and its variants – the dynamic capability theory (Eisenhardt and Martin, 2000; Teece et al., 1997; Teece, 2007; Helfat and Peteraf, 2009); the competency-based theory (Prahalad and Hamel, 1990; Acedo et al., 2006); the knowledge-based theory (Grant, 1996; Felin and Hesterly, 2007; Nonaka et al., 2008); the organizational social capital theory (Leana and Van Buren, 1999; Nahapiet and Ghoshal, 1998; Arregle et al., 2007); and the intellectual capitaltheory (Stewart, 1997; SubramaniamandYoundt, 2005; Reed et al., 2006) – posit that valuable, rare, non-substitutable, or imperfectly imitable firm-specific resources, assets, and capabilities can become an important source of sustainable competitive advantage and differential performance between companies. In this context, it is argued that human capital (employee knowledge, experience, ability, personality, skills, internal and external relationships, attitudes and behaviors) turns out to be essential in the creation of specific advantages for companies. Employee attributes are directly influenced by human resource management (HRM) policies and practices (Kusluvan et al., 2010). In the same way, the models developed in the literature dedicated to management services, such as the service profit chain model (Heskett et al., 1994; Anderson and Mittal, 2000; Helgesen, 2006; Williams and Naumann, 2011), the service quality gap model (Parasuraman et al., 1985; Seth et al., 2005), and others (see Ghobadian et al., 1994; Chen and Mo, 2012), emphasize the role that employees can play in customer satisfaction, service quality, and organizational performance. 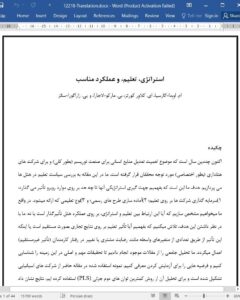 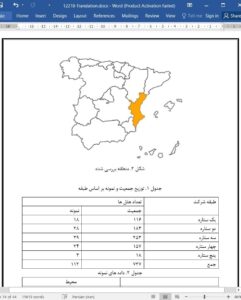 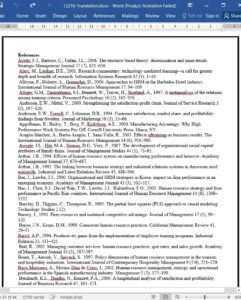