The exploration of potential application of glycerol is of particular importance for solving the oversupply of glycerol as an unavoidable byproduct of biodiesel and affording profitable possibilities for sustainable biodiesel. Herein, we developed a simple, cheap but robust Cu1Mg4 catalyst, which exhibited outstanding catalytic activity for the selective conversion of glycerol towards valuable glycolic acid, eliminating the addition of extra inorganic base. As high as 71.8% yield of glycolic acid was achieved, the highest value to date as far as we know. In combination of experiment and DFT calculations, it was revealed that Cu, Mg species in catalyst enabled the relay catalysis for the cascade reactions in glycerol transformation. Cu species in catalyst dominated the first dehydrogenation reaction of glycerol to glyceraldehyde, which was promoted by Mg species. Mg species followed to catalyze the next cleavage of C2-C3 bond in glyceraldehyde to generate glycolaldehyde. The final oxidation of glycolaldehyde to glycolic acid was achieved by the catalysis of Cu species. This relay catalysis of Cu1Mg4 catalyst significantly inhibited the formation of glyceric acid and lactic acid by-products, thereby enabling the selective generation of glycolic acid.

The drastically rising demand for biodiesel as an attractive renewable energy resource has led to the generation of glycerol as an unavoidable byproduct in great quantities, which approximately accounts for about 10 wt% of the total biodiesel production.[1,2] It is estimated that the worldwide production of glycerol reaches to about 6.14 billion liters in 2017, and continuously increases with an annual rate of 10–20% in future.[3] This offers promising opportunities to upgrade the surplus glycerol byproduct. Typical advances have been achieved in recent years, in which lactic acid [4–7] and glyceric acid[8–11] with satisfied yield could be obtained via the selective dehydration and oxidation of glyceraldehyde, respectively. Nevertheless, the applications of glycerol in current commercial market are quite limited, in which only ~4% of the total glycerol production has been utilized.[12] As a result, the oversupplied glycerol is treated as a waste stream by burning it without any further value. This makes biodiesel less economically competitive to petro-diesel, and seriously impedes the sustainability of biodiesel production.[13,14] 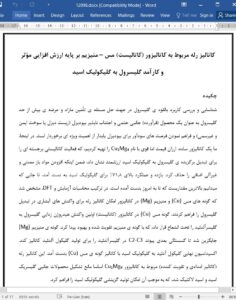 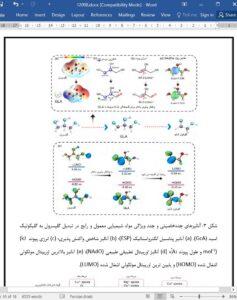 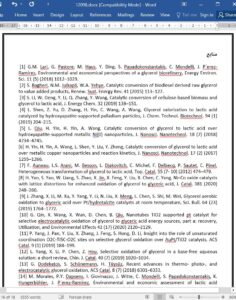