We propose a numerical investigation of slow light rainbow trapping and releasing in a tapered photonic crystal waveguide which is formed by linearly modifying the structural parameters in low-symmetric photonic crystals. Through dispersion analysis and numerical simulations, the electromagnetic waves of different frequencies in a normalized bandwith of ~5% can be trapped at different positions, as called “rainbow trapping”. Moreover, the tapered photonic crystal waveguide is created on polystyrene subtract, of which refractive index can be adjusted by tuning the external voltage based on electro-optic effect. Therefore, when the applied voltage is properly modulated, the trapped wave will be captured in different positions even released. The structure has broad application prospects in optical switch, wavelength-division multiplexing, and other optical communication devices.

Recently, slow light has been investigated by many researchers, thanks to its promising properties in optical storage, optical caching, optical information processing and other areas [1–5], which are considered to be the key technologies for future all-optical communication and information storage. Initially, slow light was realized based on quantum effects such as electromagnetically induced transparency (EIT), coherent population oscillation (CPO), stimulated Raman scattering (SRS) and stimulated Brillouin scattering (SBS) [6–9]. However, the ultra-low working temperature/pressure and the narrow working bandwidth limited their practical implementations. As a new artificial material to realize slow light, photonic crystals (PCs) have attracted much attention because of their support for room-temperature and their fine device miniaturization [10–14]. In order to obtain wide working bandwidth for practical applications, many efforts have been made in obtaining flat bands on dispersion curves by locally modifying the effective index of PCs [15]. Recent reports on slow light “rainbow trapping” in some artificial materials (such as PCs, metamaterials, etc.) have opened a new way to slow down the speed of light over a wide frequency range [16–18]. 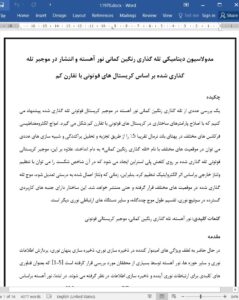 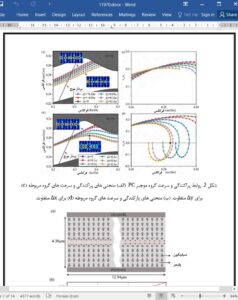 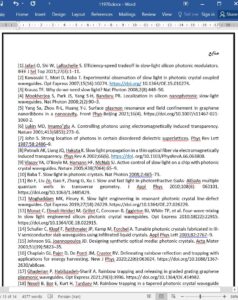