This study aims at testing the structures of three scales designed for measurement of self-efficacy, burnout and job satisfaction among Moroccan primary school teachers. The study also seeks to explore the possible correlations between these three latent variables. 404 teachers from a small city (El Kalaa Des Sraghna) participated in this study. Data were analyzed by a Structural Equation Modeling (SEM) using the AMOS 25 software. Findings of the study confirmed the two-dimensionality of the Burnout measurement scale, depersonalization and emotional exhaustion, the multidimensionality of the scale of teacher self-efficacy (six dimensions) and the uni-dimensionality of the scale of job satisfaction. A negative correlation has been revealed between the teacher self-efficacy and job satisfaction on the one hand and the two dimensions of burnout, on the other hand.

A significant body of research has recently considered the failure of the current educational system in Morocco (Conseil Superieur de l’Education, 2019; Saoudi, Chroqui, & Okar, 2019). Research has mainly been directed towards examining the level of knowledge, student achievement, and competences prescribed by the curriculum (Zerrouqi, 2015). Despite this apparent diversity in studies targeting the different educational reform programs in Morocco, a major gap concerning the role of the teacher as an active agent in this system has not been fully addressed.

The current study argues that researching the various aspects related to the teacher remains primordial and should therefore be taken into account in the politics of educational reforms in Morocco. While zooming the cognitive aspect of teacher development has constituted a major area of concern over the last years (Bardach & Klassen, 2020; Gronqvist € & Vlachos, 2016), the emotional aspects related to the teacher has equally gained a substantial interest recently. And it’s this dimension that the present study sets out to investigate. 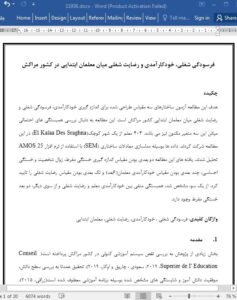 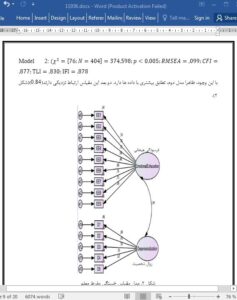