In this paper, an alternative method based on artificial neural networks is presented for the determination of load current harmonic components in a single-phase electric power system. The first six harmonic components are calculated from current waveforms of an AC controller and a single-phase diode bridge rectifier, which are the most common loads in industrial, commercial and residential applications. The influences of such nonlinear loads in power quality issues are also characterized. The proposed method is compared with truncated FFT. Simulation and experimental results are presented in order to validate the proposed approach.

The use of devices and equipments based on static converter has been in constant growing which awakes the attention to several problems such that nonlinear loads cause in the Power Quality (PQ). In [1], it is showed that the PQ can be evaluated by using an Artificial Neural Network (ANN).

Such loads produce perturbations to the electric power system and, consequently, results in a decreasing PQ. In large quantities, nonlinear single-phase loads can cause a great harmonic distortion in industrial, residential and commercial environments [2], [3].

In this paper, the amplitudes and phase of first six harmonic components of dimmer and diode bridge rectifier currents were calculated from the estimative of Fourier series coefficients (An e Bn) after the theoretical and experimental characterization of those two widely applied nonlinear loads in single-phase electronic circuits. An alternative method based on ANN was developed for such coefficient estimative. The ANN method showed as an efficient solution for the harmonic current component determination both dimmer and the set of dimmer and diode bridge rectifier at PCC in half-cycle of current signal. The results obtained by neural methods were compared to those of truncated FFT, which demonstrate its applicability. 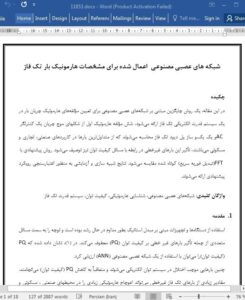 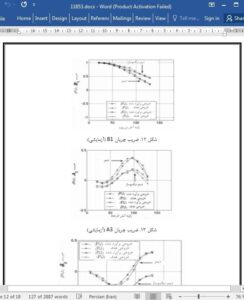 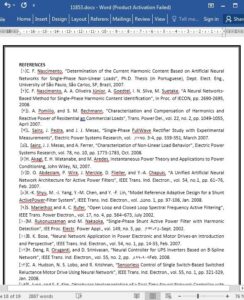