Several operating companies are involved in the transport sector. In this paper, the bus network of the metropolitan area of Granada, Spain, is taken as a case study. The aim is to design a model of overall satisfaction based on level of satisfaction using a specific set of factors that take into account the individual characteristics of users and the differential effect of using different bus lines.

A combined method using nonlinear principal component analysis (NLPCA) and a logit multilevel model (LMLM) in two steps is applied to a satisfaction survey conducted by the Metropolitan Transport Consortium of Granada (Consorcio de Transporte Metropolitano del área de Granada) in 2013. The survey shows that even though customers within the metropolitan area of Granada are satisfied with the service received (67.26%), the level of satisfaction is not equal for all bus lines, with the perceived quality of some lines being above or below the average. This differential effect is due to different reasons, including the technical and functional performance of the operating companies, commercial speed and length and type of route, among others. Both the operators and the public administration need to focus their attention on these lines in order to design economic policy measures to improve bus lines with below standard compliance.

In order to create a new model of mobility and travel in more sustainable ways, city dwellers must modify their usual behaviour, especially within metropolitan areas (Miralles Guasch, 2002; Lizárraga, 2006). As regards public transport, significant changes are needed which cannot be achieved only by improving the efficiency of vehicle design and traffic management. Changes must also be made in the way transport is considered and how solutions are identified and evaluated (Litman, 2003).

This research aims to establish the determinants of satisfaction with public transport services in order to develop an interpretative model of perceived quality. To this end, various statistical and econometric techniques have been applied to data from the satisfaction survey conducted in among users in 2013 by the Metropolitan Transport Consortium of Granada, Spain.

The research has shown that quality of service is a multidimensional concept where technical and functional aspects of service provision have considerable importance. The analysis has also revealed the existence of a stable framework for significant variables that explain the perception of quality. 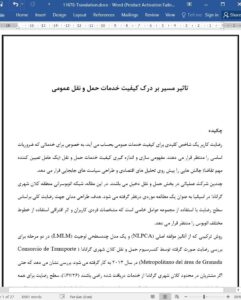 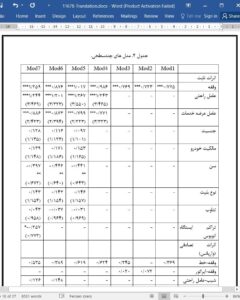 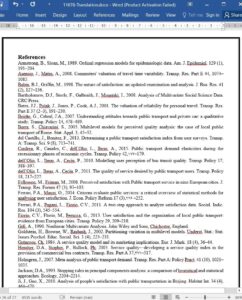