The definition of gentrification has expanded significantly since its initial application in the US and UK nearly 50 years ago to cover any process by which urban space is produced for more affluent users. Some authors are now questioning the utility of such a broad concept, arguing that it is virtually indistinguishable from the process of urban regeneration. Through an exploration of land use changes in Seoul's historical central business district in the wake of the widely touted Cheonggye Stream Restoration Project, this paper argues that urban regeneration and gentrification are irreducible views of the same process that concentrate on the interests of different stakeholders. Therefore, the paper concludes that the broad definition of gentrification is more useful since it focuses public debate on the ideological and ethical question of favoring some stakeholders' interests over those of others.

In 2003 the Seoul Metropolitan Government began tearing down an elevated highway that ran through the center of the historic downtown, opening Cheonggye Stream to the air for the first time in almost 50 years. Completed in 2005 at a cost of roughly US$325 million, the Cheonggye Stream Restoration Project created a 5.8 km long linear park. The project had multiple, complementary goals: restore one part of Seoul’s urban history, improve environmental conditions, and economically revitalize the area. This restoration project has been a widely acclaimed success. Despite some controversy, the stream was restored and historic bridges were replaced. Environmentally, Kim et al. (2008) estimated that the project reduced near-surface temperature by 0.4e0.9 °C and found that the cooler air temperatures are evident along the streets traversing the stream. And the stream has become a destination for tourists, local residents and workers, and shoppers (Yang, 2008), which has contributed to the regeneration of the surrounding area.

The project has not only provided linear open space within the city but also economically regenerated the surrounding areas in a way that stimulates land use changes for more affluent users. Our analysis of land use changes in the study blocks of Seoul’s CBD reveals that land use changes have accelerated since the project opened. Evidence of regeneration is also manifest in the increase of pedestrian traffic, land prices, and rent.

First, as intended, the project strongly impacted pedestrian flow patterns. Fig. 6 illustrates the change in pedestrian flow along each major and minor artery in the study area in April 2006 compared to April 2003. 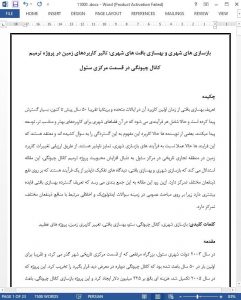 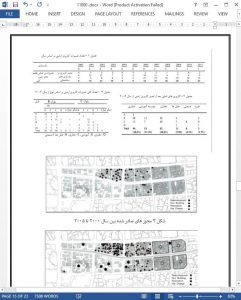 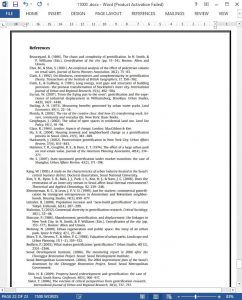