In this paper the interaction between the university and the community is addressed. Whilst previous work has concentrated on the economic roles of universities in the community, insufficient attention has been paid to their cultural roles. Drawing upon fieldwork undertaken in Bristol, United Kingdom, I highlight a number of cultural roles which universities undertake in the community. In particular I outline the historical development of the cultural role of the university through a shift from the high-cultural role of the elite university to a broader cultural role for the contemporary mass university. A new environment for universities, including the declining influence of national structures, the interplay of processes of localisation and globalisation, and the emergence of new regional governance structures in Britain, is reshaping the cultural relationship between the university and the community and is opening up new possibilities for the creation of a closer, and more equal, relationship between them. This in turn could open up new possibilities for a greater sense of a shared public culture and address the evolving idea of the university. However, concerns are raised in relation to how these are affected by the introduction of globalisation practices and discourses into the university.

In this paper I revisit the debate concerning the relationship between universities and communities. Although this is not a new debate, it has been one of renewed interest in recent years (for example, see Bender, 1988; 1998; DfEE, 1998; Elliott et al, 1996; Goddard, 1997a; 1997b; Goddard et al, 1994; Hall, 1997; National Committee of Inquiry into Higher Education, 1997; Robson et al, 1995; van der Wusten, 1998). However, in the study of the university ^ community relationship, much attention has focused on the economic impact of universities, through, for example, the exploration of technology transfer or by building econometric impact models. In this paper I will attempt to go beyond such work by analysing the cultural roles of universities.

Although universities contain different cultural values and types of activities, these differences are not only a source of tension, but also a resource for the community. Taken together, they can contribute to a shared public culture which offers what Bender (1998, page 26) called `dialogue and difference'. Ideally local public culture is forged, defined, and enacted by as many groups and individuals as possible and is dominated by no single actor. If urban and social renewal lies with `creativity in diversity' (Amin and Graham, 1997, page 422), then universities, through their cultural roles, have large institutional capacities to contribute to the functioning of a local public culture. In particular, universities: 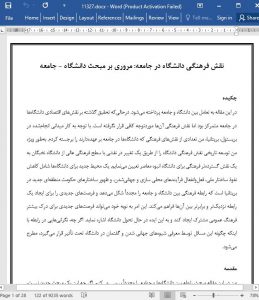 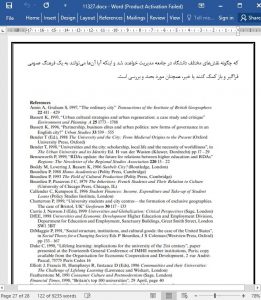