Due to the growing of the power electronics, especial attention has been given to the use of new generation of power converters, AC/AC matrix converter to which provide a direct power converter AC/AC, bi-directional power flow, almost sinusoidal input and output waveform. In this paper, we present the performance study of a variable-speed wind turbine based on doubly fed induction generator fed by matrix converter using the maximum power point tracking method to extract the maximum power available. The whole system is presented in d-q-synchronous reference frame. The control scheme is tested and the performances are evaluated by simulation results. The simulation results obtained under MatLab/Simulink show the effectiveness and validity of the considered control.

Starting from the principle of Lavoisier: Nothing is lost, nothing is created, everything is transformed. Energy is the motor of natural phenomena, it can be transformed from one form to another. Wind energy is one of the cleanest sources of energy because while producing electricity it does not generate any gas greenhouse effect, does not degrade air quality and does not pollute soils or water. Furthermore, it does not produce toxic or radioactive waste [1e5]. Nowadays, Owing to the increasing pollution of environment and atmosphere, huge efforts have been made in promoting the wind energy conversion systems WECS to reduce costs and increase reliability and robustness [6].

In this paper, the modeling and control of wind conversion system based on DFIG fed by matrix converter has been considered. The fact of the control of these powers separately permits to adjust the power factor of the installation and in consequence obtain better performance. The model of wind conversion chain is developed and the technique of maximum power point tracking has been applied to provide all of the active power generated to the grid with unity power factor. The simulation results showed that the active and reactive power of the wind energy present a high quality. 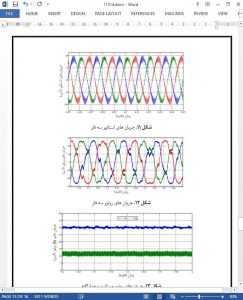 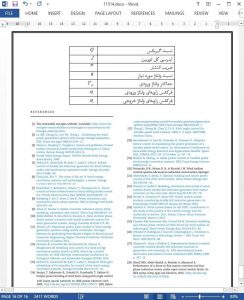