This research investigates the success of strategies following the Miles and Snow typology during an economic downturn in the Spanish tourism industry. A survey was conducted to find strategies and measure the impacts suffered by tourism companies during the last financial crisis. Regarding strategies, apart from analyzers, the sample included all three other archetypes. Prospectors were the best prepared to withstand an economic downturn, with defenders scoring second. Reactors were the worst performers. The conclusions highlight that it is wise for owners/managers of tourism companies to select a strategy that suits the environmental situation.

Recent economic data have shown that the financial crisis that affected Spain severely, as well as other Southern European countries, has come to an end. Estimates have shown that GDP in 2015 increased again (INE 2015). Tourism experienced its worst years in 2008/2009 and suffered another blow in 2012/2013 with the worsening of the Euro Crisis in Greece and its side effects on other Southern European countries (INE 2015). Although the Euro Group has reached agreements on bailout packages for Greece (Europa¨ische Kommission Pressestelle 2015), it is not known whether the situation might worsen again due to other crises, such as terrorist attacks and the refugee crisis and, as a consequence, have repercussions for other parts of Europe.

The results of this research provide a number of pertinent conclusions for managerial practice and academia. Given that uncertain and hostile environments influence business strategies, it is urgent to identify successful business behaviors to overcome times of crisis. First, the only strategy that behaved as predicted was the reactor strategy. Thus, this type of strategy failed to adapt to any trend in the environment and performed worse than the others in terms of growth, mature, or downturn situations (AlonsoAlmeida and Bremser 2013; Alonso-Almeida et al. 2015a; Garrigo´s-Simo´n et al. 2005; Ko¨seoglu et al. 2013). Therefore, this research confirms the need for tourist companies to deploy a thoroughly considered strategy deliberately. Thus, managers should develop distinctive strategies, competences, and capabilities to maintain or improve competitiveness (Alonso-Almeida et al. 2015a; Newey and Zahra 2009). 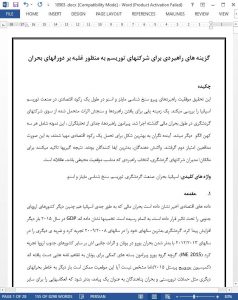 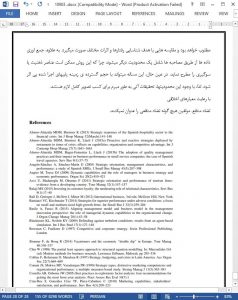