In order to alleviate a mobile data explosion problem, WiFi offloading has been proposed. The key issue is how many access points (APs) are needed to accommodate a proper number of users per WiFi AP without severe performance degradation. Although WiFi networks can provide higher throughput as more and more APs are deployed, it may not be a reasonable solution if we consider an increase in the corresponding capital and operational expenditure (CAPEX/OPEX). Therefore, it is important to investigate the minimum required number of WiFi APs which achieve a certain level of performance improvement. In this paper, we focus on the minimum required number of WiFi APs for efficient WiFi offloading. We first set the target average per-user throughput when a WiFi network can play a role as an offloading network of a given cellular network. Based on this criterion, we find the minimum required number of WiFi APs in an overlay network through mathematical analysis.

Mobile data traffic has recently increased very rapidly due to wide spread of smartphones. According to Cisco forecasts [1], monthly global mobile data traffic will surpass 10 exabytes in 2016 and global mobile data traffic will rise 18-fold between 2011 and 2016. However, the current capacity of cellular networks is not sufficient enough to accommodate such an exponential growth of mobile data. Moreover, considering the development of new mobile applications with large data traffic generation and an increasing number of smart device users, user traffic demands will soon exceed the capacity of the next generation networks (e.g. 3GPP Long Term Evolution (LTE) or WiMAX). Thus, it is imperative to find other approaches about how to effectively solve this critical problem.

In this paper, we proposed a mathematical approach to find the minimum required number of WiFi APs for efficient WiFi offloading, which is a critical parameter for both of the performance and the CAPEX/OPEX of a WiFi network. We first set the target average per-user throughput which a WiFi network should achieve as an offloading network of the cellular network. Based on this criterion, we found the minimum required number of WiFi APs in an overlay network. The numerical results presented in this paper graphically showed the proposed minimum required number of WiFi APs. We note that the criterion proposed in this paper, the target average per-user WiFi throughput, is just an example and it can be adjusted if we employ other performance evaluation metrics such as energy efficiency or delay. Although the results of this paper are based on several assumptions for simplicity of analysis, it provides intuitive results and basic guidelines to establish a WiFi cell deployment strategy. 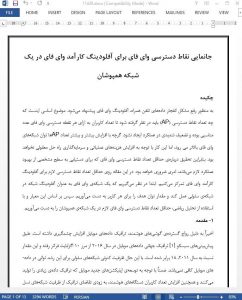 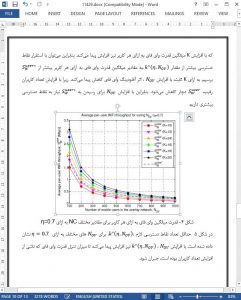 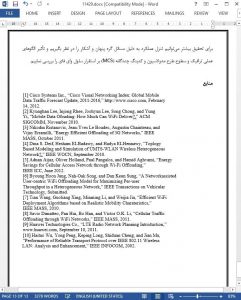