Background: The relationship between physical activity (PA) and academic performance has been previously studied. However, there is a need to determine if the intensity of the PA performed and its predominant metabolic pathway show any degree of association with the academic achievement. Methods: Cross-sectional data were gathered from Spanish young competitive swimmers. Academic achievement was based on individual grades for each student; the PA level was measured by means of the Physical Activity Questionnaire for Adolescents. Swimmers were classified according to the preferential energetic cost of the event in which they competed. Results: A total of 254 swimmers finished the study; 62.8% of them were considered moderate active. The statistical analysis showed that the higher the level of PA performed, the better the average grades achieved. This relationship was significant among the girls (P = .04). No significant differences were found regarding the influence of the kind of swimming event. However, taking part in aerobic events proved to have a significant influence on the academic achievement for girls (P = .01). Conclusion: The link between academic achievement and PA depends on the intensity in which the PA is performed, as well as on its predominant metabolic pathway. However, such associations seem to be gender-dependent.

The relationship between physical activity (PA) and academic performance has been widely studied. Scientific research has confirmed that when a substantial amount of school time is dedicated to PA, academic performance meets and exceeds that of students not receiving additional PA.1 This finding is independent of the PA context (school-based PA, recess, classroom-based PA, and extracurricular PA).2 In spite of all this, the influence that the intensity of the PA carried out has on this relationship is yet to be confirmed, since the very few studies carried out in this regard have yielded different findings. Indeed, whereas some researchers have observed a significant association between vigorous (but not moderate) PA and academic achievement,3 others have found mixed results.4 Given all that, it seems that there is a need for studies which thoroughly examine the dose-response relationship between PA and academic performance, as well as the explanatory mechanisms for this relationship.5 Moreover, although it has been observed that PA and fitness positively contribute to academic achievement,6 the extent of this relationship and whether it depends on the kind of PA carried out is still not known. Indeed, utilization of bioenergetic substrates depends on the type, intensity, and duration of the exercise.7 Therefore, there might be a connection between the performance of a particular kind of PA, classified according to the predominant bioenergetic pathways, and its influence on the academic achievement.

This study shows preliminary evidence implying that the link between academic achievement and PA depends on the intensity with which PA is performed and on its predominant metabolic pathway. However, it should be noted that such associations seem to be gender-dependent. In this regard, further research is needed. 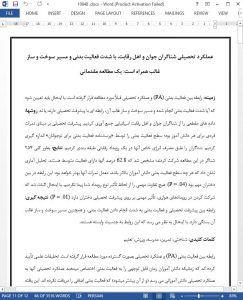 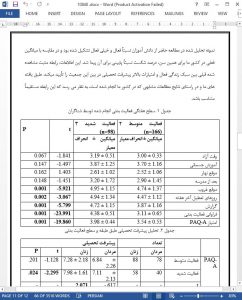 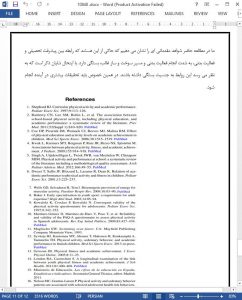