In a Wireless Sensor Network (WSN) node, as the input traffic increases, the throughput can be assumed to first increase and then start to decrease, indicating congestion in the buffer. This suggests the need for an admission control mechanism to maintain high throughput as the arrival traffic increases. Considering the stochastic nature of WSNs, the information of the queue-length of arrival or newly sensed data packets can be unknown to a sensor node. This paper proposes a probabilistic admission control model with the maximum throughput for the node. In the proposed model, a reward when a data packet arriving to a sensor is accepted (not rejected) for transmission is considered, but a holding cost per unit time for the delay of accepted data packets in the sensor is also incurred. For the sensor node, by constructing a suitable Markov decision process (MDP), a probabilistic admission control algorithm on how to accept data packets on sleep and active phases to achieve a maximum throughput is proposed. Furthermore, for the identified (p;q) model, the energy consumption of the node in active and sleep phases, as well as the energy consumption switching from active to sleep per unit time and vice versa is investigated. An extensive simulation is implemented. The numerical results show that the problem is effectively solved by an optimal scheme with high energy efficiency. The results of this paper can be applied in designing optimal sensor nodes in WSNs.

WIRELESS Sensor Networks are widely used in many areas, such as environmental monitoring, disaster warning and industrial intelligence, due to the simple deployment and low cost. In WSNs, nodes sense variables from the environment and exchange collected data with other nodes through data packets. Throughput is a metric in WSNs. As the throughput increases, the load of the node increases.

In this article, we have proposed a (p; q) policy for the problem of the maximum throughput under data admission process in sensor nodes. A sensor node’s working process can be modeled as a multi-phase queuing system in which the fist stage is used to manage the admission of arrivals and the second stage is used to manage the service. In the fist stage, the node can not know the information of the queue-length of arrival or newly sensed data packets. Thus, a (p; q) model has been proposed in which a sensor generates data packets with probability p on sleep status and with probability q on active status. In the model, during data admission process, some reward for accepting data packets and a holding cost per unit time for data packets’ delay in the sensor have been considered. We have observed that, under certain assumptions, there exists an optimal (p; q) policy to obtain the maximum throughput during data admission process. The optimal value of p and q for the (p; q) policy has been investigated. The performance on energy consumption of the proposed model has been studied. In addition, the throughput, expected discounted reward and energy performance of the model through numerical analysis have been performed. The results of this paper can be applied in designing optimal sensor nodes in wireless sensor networks. 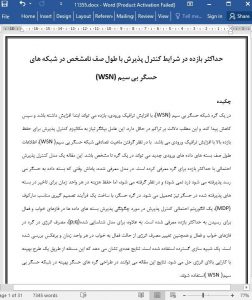 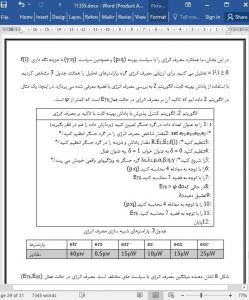 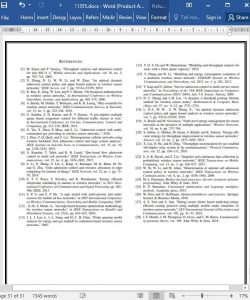