Financial institutions are interconnected by holding debt claims against each other. A default bank may cause its creditors to default, and the risk may be further propagated to up-stream institutes (risk contagion). Such interconnection is a key contributing factor to the past worldwide financial crisis. We show that a good mechanism of default liquidation may improve the total wealth of the financial system and therefore may curb the risk contagion. We formulate this problem as a nonlinear optimization problem with constraints and propose an optimal liquidation policy to minimize the system’s loss. We show that the problem resembles a Markov decision problem (MDP) and therefore we can apply the direct-comparison based optimization approach to solve this problem. Higher order directional derivatives and some optimality properties are obtained. Furthermore, we derive an iterative algorithm which combines both the policy iteration and the gradient based approach to find a local optimal policy, and under some conditions, a global optimal policy. Our work provides a new direction in curbing the risk contagion in financial networks; and it illustrates the advantages of the direct-comparison based approach, originated in the field of discrete event dynamic system, in nonlinear optimization problems.

This paper is motivated by two recent developments in financial engineering and performance optimization. First, financial institutions are interconnected by borrowing-and-lending activities among themselves or holding marketable securities against each other (Chen, Liu, & Yao, 2014). Such interconnection is a critical influencing factor to the past worldwide financial crisis and the European sovereignty debt crisis, and could potentially threaten the stability of financial networks. For example, a default bank may cause its creditors to default, and the risk may be further propagated to up-stream institutes. During default liquidation, it is extremely significant to curb such risk contagion among financial networks. The goal of this paper is to propose a new liquidation scheme based on performance optimization and to provide computation algorithms that solve the problem. 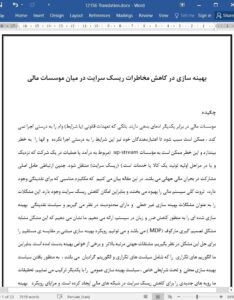 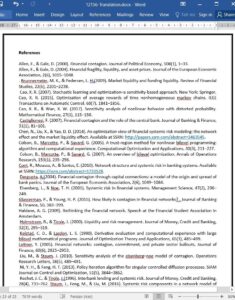