This article provides a survey of recent results on exploiting parametric auto-regressive (AR) models for adaptive radar target detection. Specifically, three types of radar systems are considered, including phased-array radar with multiple co-located transmitters and receivers, distributed multi-input multi-output (MIMO) radar with widely and spatially separated transmitters and receivers, and passive radar which uses existing sources as illuminators of opportunity (IOs). These radar systems are of significant interest for a wide range of military and civilian applications. For each of the three types of radars, we discuss how AR processes can be employed to succinctly model the underlying signal correlation and efficiently estimate it from limited data, thus enabling effective target detection in complex non-homogeneous environments when training data is limited. We illustrate the performance of such parametric model assisted detectors relative to conventional non-parametric approaches by using computer simulated and experimental data.

Parametric modeling is frequently used in the design and analysis of radar systems (e.g., [1]–[10]). It employs physical or statistical models consisting of a finite number of parameters that are useful in the representation and processing of a signal for radar functions. There are many parametric models available for radar applications, e.g., geometrical theory of diffraction model [1], hidden Markov model [2], compound Gaussian model [3], and auto-regressive (AR) model [4]–[10], etc. The AR model has attracted extensive research efforts for radar target detection since it can fit both Gaussian and non-Gaussian observations. In addition, parameter estimation of the AR model is relatively simple, which usually involves solving a system of linear equations.

In this survey article, we have shown that AR processes can be employed to model the clutter and unknown source signal to reduce the requirement of training data for effective target detection. There are some subtle differences in applying parametric modeling in solving different radar detection problems. Specifically, in phased-array radar, the disturbance is modeled as multi-channel AR process. For distributed MIMO radar, a set of independent scalar AR processes are used to model the clutter observed at different Tx-Rx pairs, which are capable of capturing the variations in both clutter structure and power level across different probing-observing angles. Finally, for passive radar, the unknown IO signal is treated as an element-correlated stochastic process, which can be represented by an AR model. In all cases, we have demonstrated that AR modeling is able to bring significant performance improvement over conventional non-parametric methods, in particular when training data is limited. 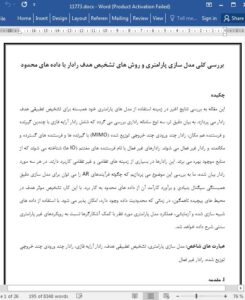 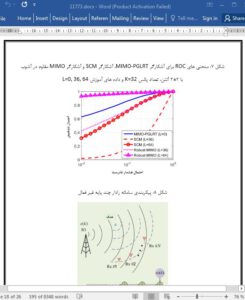 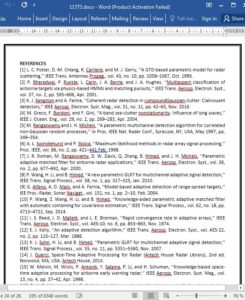