In-situ formation of water-in-oil emulsions in crude oil is one of the severe problems encountered during the production phase of oil wells. These in-situ emulsions produce crude oil viscosities that are much higher than the viscosities of native crude oil. It is well known that these problems are frequently found in heavy and extra-heavy crude oils, because these oils have significant amounts of carboxylates and naphthenates, which are polar molecules that are excellent stabilizers of water-in-crude oil emulsions.

These in-situ emulsions form in the reservoir and in the near-wellbore regions. However, when the crude oil is produced to surface, they may also develop at various downstream locations such as at wellheads, pipelines, separation plants, and even at the refinery before processing. The major factors that determine the formation of in-situ emulsions are the crude oil/produced water ratio, properties and composition of the crude oil and connate water, and some reservoir properties such as temperature.

Demulsifiers are traditionally used to prevent the formation of in-situ emulsions. These treatments are generally effective. In situations where the demulsifier chemistry cannot change the curvature of the oil/water interface, the emulsification problem persists, with inherent consequences such as loss of production, high-pressure drops in flow lines and increased operational costs.

This paper discusses the evaluation of microemulsion fluids as a treatment for emulsified heavy crude oil samples from oil fields. The evaluation includes crude oil characterization, interfacial tension, microscopy evaluation, fluids compatibility tests and treatment of the emulsion in an HPHT filtration cell. 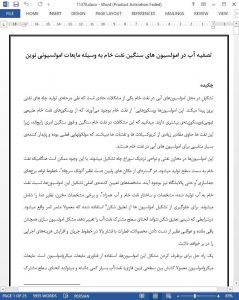 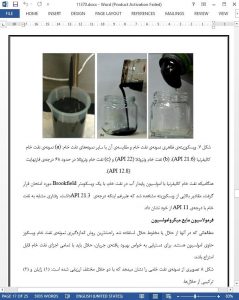 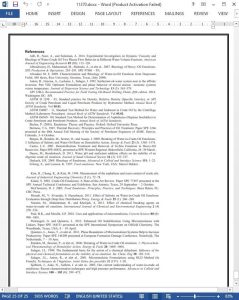