Recent development and implementation on intelligent control system has lead to the development of virtual sensing system technology. Virtual sensing system allows immeasureable state variables to be accurately predicted, which is very beneficial to reduce the amount of sensors required to monitor and control a system, especially for the case of controlling a quadrator. This paper proposes a novel technique to design a PID control using virtual sensing system, consisting of Diagonal Recurrent Neural Network (DRNN) and Extended Kalman Filter (EKF), which predicts the immeasureable states of the quadrator system based on the current states and control inputs. A bio-inspired optimization technique, Particle Swarm Optimization (PSO), is proposed to be applied in DRNN to avoid any possibilities from local extreme condition. Further, a PSO based PID position controller is also developed to be integrated with the designed virtual sensing system to control a quadrator.

Proportional Integral Derivative (PID) controllers have been implemented for a long time especially in various industries, and mostly applied for Single Input Single Output (SISO) systems. Basically, tuning methods of PID controller parameters are performed by adjusting the proportional, integral and derivative gains to make the output of a controlled system track a target set-point properly (Taeib et al., 2013). There are several techniques available to find the value of the gains such as Ziegler-Nichols, gain-phase margin, root locus, minimum variance, gain scheduling, etc., (see e.g. first literatures on the issues by Koivo and Tanntu, 1991, Aström and Hagglund, 1995), however, these methods were considered less than optimal for systems that are nonlinear and of higher order. Although in general, until now PID type of controllers are still succesfully applied in many industrial processes as well as in many other applications, nevertheless it has still many limitations. 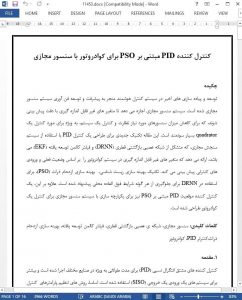 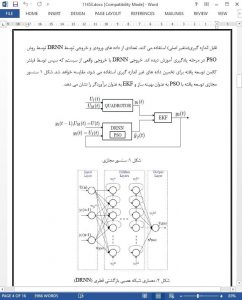 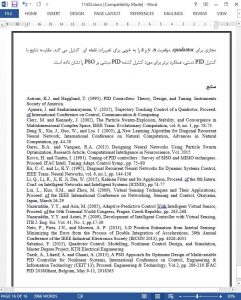