This paper proposes an optimal control strategy for a standalone PV system with Battery-Supercapacitor Hybrid Energy Storage System to prolong battery lifespan by reducing the dynamic stress and peak current demand of the battery. Unlike the conventional methods which only use either filtration based controller (FBC) or fuzzy logic controller (FLC), the proposed control strategy comprises of a low-pass filter (LPF) and FLC. Firstly, LPF removes the high dynamic components from the battery demand. FLC minimizes the battery peak current demand while constantly considering the state-of-charge of the supercapacitor. Particle swarm optimization (PSO) algorithm optimizes the membership functions of the FLC to achieve optimal battery peak current reduction. The proposed system is compared to the conventional system with battery-only storage and the systems with conventional control strategies (Rule Based Controller and FBC). The proposed system reduces the battery peak current, battery peak power, maximum absolute value of the rate of change of power and average absolute value of the rate of change of power by 16.05%, 15.19%, 77.01%, and 95.59%, respectively as compared to the conventional system with battery-only storage. Moreover, he proposed system increases the level of supercapacitor utilization up to 687.122% in comparison to the conventional control strategies.

Batteries are commonly implemented in standalone PV power systems to fulfill the power mismatch between the PV power generation and the load demand. Generally, a battery would encounter frequent deep cycles and irregular charging pattern due to the varying output of PV and the intermittent high power demand of the load. These operations would shorten the battery lifespan and increase the replacement cost of the battery [1e3]. Battery-Supercapacitor Hybrid Energy Storage System (HESS) is thus a practical solution to minimize the battery stress, battery size and the total capital cost of the system [4]. The technical characteristics of battery and supercapacitor (SC), such as specific power, specific energy, response time and durability, are complementary. 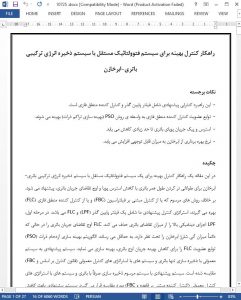 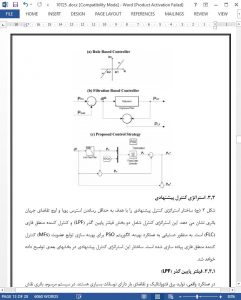 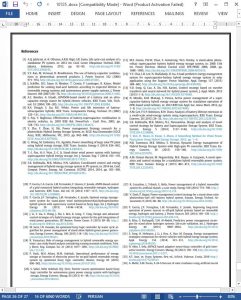