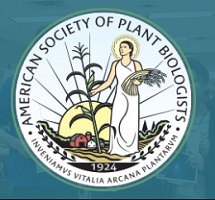 Nematodes comprise a large phylum of animals that includes plant and animal parasites as well as many free-living species (Maggenti, 1981). Plant parasitic nematodes are obligate parasites, obtaining nutrition only from the cytoplasm of living plant cells. These tiny roundworms (generally 4 mm long and barely visible to the human eye) damage food and fiber crops throughout the world and cause billions of dollars in losses annually (Sasser and Freckman, 1987). Some plant parasitic nematodes are ectoparasites, living outside their host. These species cause severe root damage and can be important virus vectors (Brown et al., 1995). Other species spend much of their lives inside roots as migratory or sedentary endoparasites. Migratory parasites move through the root, causing massive cellular necrosis. However, it is the sedentary endoparasites of the family Heteroderidae that cause the most economic damage worldwide. This group is the focus of the review.