Background:Neisseria gonorrhea is known to have developed a high level of resistance against different classes of antimicrobials. Patients with coagulation disorders where intramuscular injections are contraindicated, oral cefixime in combination therapy can be utilized as an alternative regimen. Cefixime in combination with another macrolide might be considered as an alternative treatment option. The aim of this systematic review is to assess the efficacy of 400 mg cefixime against a range of comparator drugs. Methodology: Extensive literature search for randomized controlled trials was performed using Medline, Cochrane Registry of Controlled Trials, Embase, and Clinical trials registers. The trials assessed the efficacy of cefixime against a range of comparator drugs. Primary outcome of the study was the clinical resolution of signs and symptoms and negative culture at the end of follow-up period. Results: After screening for a total of 1184, only 8 studies were eligible for a metaanalysis. Risk ratio random effects model was used with a 95% confidence interval (CI). The pooled efficacy of Cefixime was at 97% at 95 CI 1.01 (0.98, 1.05). No statistically significant difference was found between oral cefixime and comparator drugs. Conclusion: A total of 11 studies were included following a review of 1184 publications. 8 randomized controlled trials for 400 mg oral cefixime were included in meta-analysis. Despite a high grade of evidence, a high risk of bias was found among studies. Hence, more high quality randomized controlled trials on cefixime needs to be performed in future to guide the treatment of gonococcal infections.

Gonorrhea is reported to be the second most commonly reported communicable disease.[1] In 2008, a survey conducted by the World Health Organization (WHO) estimated that there were around 106 million new cases of gonorrhea worldwide. Targeted microbiologic diagnosis of this infection with Neisseria gonorrhea (N.G.) should be conducted in all individuals at risk or susceptible to acquire N.G. A specific and prompt diagnosis could possibly reduce the percentage of complications, transmissions, or reinfections. Due to the specificity and sensitivity, a Gram Strain of urethral secretions that show polymorphonuclear leukocytes with intracellular Gram-negative diplococci can be considered as diagnostic for infection with N.G in symptomatic individuals.[2]

Data collected in this systematic review suggest that cefixime might prove to be a useful option for the treatment of gonorrhea infection with a success rate of over 98%. This systematic review and meta-analysis suggest cefixime to be clinically more effective when compared with a fluoroquinolone. However, the efficacy of ceftriaxone is still superior when compared with cefixime, which is in line with the current guidelines of WHO and BASHH. Hence, more high quality randomized controlled trials for cefixime in combination with another macrolide needs to be conducted in future to guide the clinicians in treating uncomplicated gonococcal infections in patients where IM injections are contraindicated. 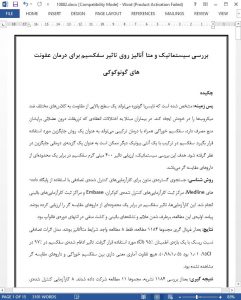 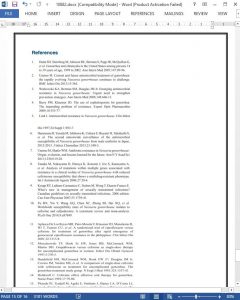