A growing number of long nuclear-retained non-coding RNAs (ncRNAs) have recently been described. However, few functions have been elucidated for these ncRNAs. Here, we have characterized the function of one such ncRNA, identified as metastasis-associated lung adenocarcinoma transcript 1 (Malat1). Malat1 RNA is expressed in numerous tissues and is highly abundant in neurons. It is enriched in nuclear speckles only when RNA polymerase II-dependent transcription is active. Knock-down studies revealed that Malat1 modulates the recruitment of SR family pre-mRNA-splicing factors to the transcription site of a transgene array. DNA microarray analysis in Malat1- depleted neuroblastoma cells indicates that Malat1 controls the expression of genes involved not only in nuclear processes, but also in synapse function. In cultured hippocampal neurons, knock-down of Malat1 decreases synaptic density, whereas its over-expression results in a cellautonomous increase in synaptic density. Our results suggest that Malat1 regulates synapse formation by modulating the expression of genes involved in synapse formation and/or maintenance.

The modification of Malat1 ncRNA level in transfected neuronal cultured cells was first examined by ISH (Supplementary Figure 7). Analysis of synapsin I puncta density was then performed on the same neurons. Punctae of synapsin immunoreactivity were counted along three primary dendrites for each neuron using Metamorph Software. We chose synapsin I immunoreactivity as this accurately correlates with synapse formation (Fletcher et al, 1991; Zhang and Benson, 2001; Graf et al, 2004). Three independent cultures were examined and 10 neurons per condition and per culture were counted. Analyses were performed blind. Two-way ANOVA was used for statistical analysis. 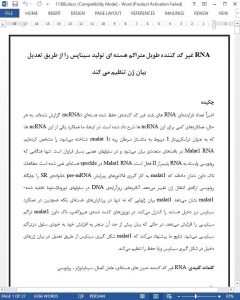 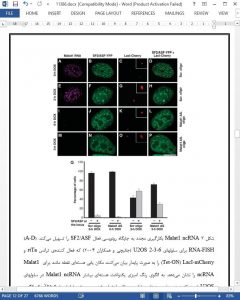 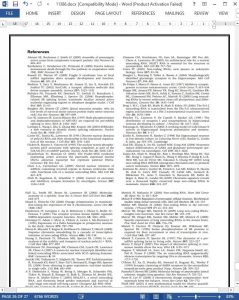