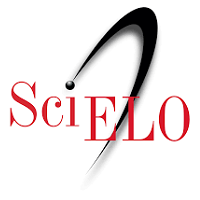 Prolactin is best known for its effects of stimulating mammary gland development and lactogenesis. However, prolactin is a pleiotropic hormone that is able to affect several physiological functions, including fertility. Prolactin receptors (PRLRs) are widely expressed in several tissues, including several brain regions and reproductive tract organs. Upon activation, PRLRs may exert prolactin’s functions through several signaling pathways, although the recruitment of the signal transducer and activator of transcription 5 causes most of the known effects of prolactin. Pathological hyperprolactinemia is mainly due to the presence of a prolactinoma or pharmacological effects induced by drugs that interact with the dopamine system. Notably, hyperprolactinemia is a frequent cause of reproductive dysfunction and may lead to infertility in males and females. Recently, several studies have indicated that prolactin may modulate the reproductive axis by acting on specific populations of hypothalamic neurons that express the Kiss1 gene. The Kiss1 gene encodes neuropeptides known as kisspeptins, which are powerful activators of gonadotropin-releasing hormone neurons. In the present review, we will summarize the current knowledge about prolactin’s actions on reproduction. Among other aspects, we will discuss whether the interaction between prolactin and the Kiss1-expressing neurons can affect reproduction and how kisspeptins may become a novel therapeutic approach to treat prolactin-induced infertility.