The use of information systems (IS) in the security and defence organisations is widespread, but studies highlighting their effectiveness in use are lacking. This paper aims to address this gap by zooming into the Malaysian Armed Forces (MAF) to identify the factors that influence the personnel in using the system. It also aims to examine the impact of Human Resource Management Information Systems (HRMIS) on MAF personnel. This study reveals that there were seven factors that influenced the personnel’s use of the HRMIS, and the system also had some positive impact on the personnel. Studies looking at the implementation of the IS often involve organisations, with little attention given to the security and defence organisations such as the armed forces. In that regard, the findings of this study are significant because they are derived directly from the system users. This study also contributes to the literature by providing evidence of the use of the IS in a setting that is rarely ventured into by researchers.

The advent of the information and communication technology (ICT) and its widespread usage today has dramatically changed the lives of the individuals and the way organisations work. From the individual perspective, ICT usage has allowed employees to interact with their colleagues more efficiently by being able to share relevant information more speedily, such as in a matter of seconds (Jorgenson & Vu, 2016). From the organisational perspective, ICT usage has certainly improved the effectiveness of many organisations in terms of their planning, processing of information and in decision making.

This study had focussed on the usage of the HRMIS among the MAF personnel in Malaysia. Using the FGDs and interviews, data were analysed, and the factors influencing the HRMIS usage were identified. Based on these factors, the MAF would be in a better position to implement the appropriate measures so as to increase the usage of the HRMIS. This study was also able to show that the HRMIS implementation also brought about personal benefits for the personnel. 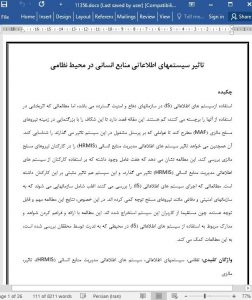 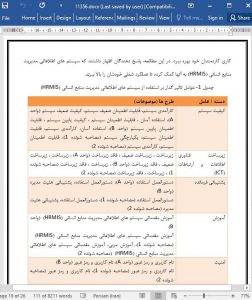 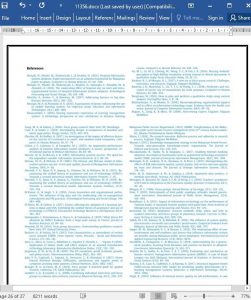