The performance of distribution system is affected by distributed generation in various ways. As DG is related to renewable energy for lowering the environmental impact of power generation indicate a large scope for DG in future. DG improves voltage Profile but interfere with voltage regulation [1],[2]. The losses in a circuit can be minimized if DG is connected near to the load. The existing system did not deal with generation at distribution substation on radial feeder so such system where not designed to handle such power would be sent back to the source. Hence, accountable effect on the operation of existing protection may occur both false tripping and non-operations of protective devices are possible [3].

The presence of Distributed Generation may cause higher fault currents that are over the breaking capacity of circuit breakers. Therefore, existing protection devices are exposed to more electrical stress than normal.

The cases presented in this paper shows that by adding DG the current drawn by the induction motor is contributed by both source and DG. Also, the DG contributes to the fault so it is found that magnitude of fault current increases with the insertion of DG. By providing instantaneous overcurrent protection both source and DG are protected. 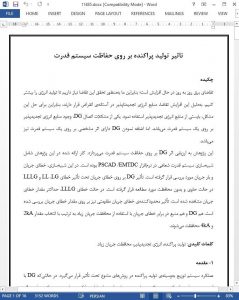 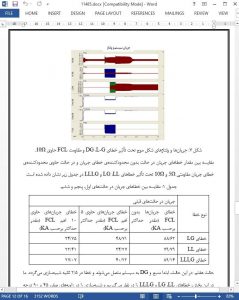 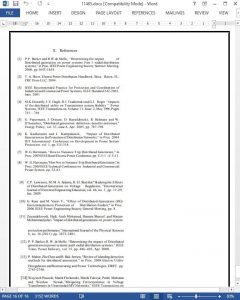