This article analyzes rhetoric as a mean of ideology reproduction on the base of digital public rhetoric of Hamburg's government on smart city agenda. With the aim to grasp ideology behind the technological optimist rhetoric about smart city and research its effects and functions, an interpretative analysis of empty signifiers was conducted. Interpretations of Horkheimer and Adorno, Žižek and Lacan serve as background for the research, which are introduced to enrich an existing (mainly Foucauldian) set of smart city critique. Inspired by critical theory, this analysis shows that ideology is reproduced by culture industry and indicates tendencies to implement instrumental reason, to harmonize the existing social and economic contradictions and mainly reproduces economic interests. Since the researched rhetors are as politicians in power to materialize their ideological convictions, the mystification of technology plays a crucial role as disciplining and controlling measure, which aims to stabilize and justify status quo and maintain the existing inequalities. Derived rhetoric elements, which indicate categorization of citizenship and reductionism of environmental issues demonstrate the high societal relevance of the study and emphasize the urgent need for critique on progressing urban digitalization.

A strong positive connotation is attached to the notion of smart city (SC), expressed in both political rhetoric (Scholz, 2016a, 2016b, 2016c; Horch, 2014; Johnson, 2016) and academic discourse (Glasmeier & Christopherson, 2015). Urban planners are widely encouraged to implement smart solutions for strengthening global city competition, improving ecological and economic efficiency, and facilitating resilience (Albino, Berardi, & Dangelico, 2015). In such technologically optimist discourses on SC, urban digitalization is often compared with electrification (Hatch, 2012), which underlines the evolutionary nature of technological advancement and its impact on urban planning. And yet, the formation of urban spaces cannot be naturalized in terms of evolution, but, instead, takes place in a societal context of structural transformations and power relations (Harvey, 1975).

This paper aimed at finding out how smartification rhetoric reproduces and manifests an ideology of late capitalism and to what extent does it thereby conceal power relations and injustice. The optimism of the SC-ideology is based on the promise of prosperity for all citizens. However, we have shown that this objective is based on an incoherency of political aims, means and issues. Instead of formulating an agenda in order to achieve the promises (as demanded by Yigitcanlar, 2018), the politicians of Hamburg focus merely on the governance on the means of progress - the smart tools. This constitutes an embodiment of instrumental reason, as described by Horkheimer & Adorno, (1944/ 2006). The officials of Hamburg assume in this context the role of ideology producers within the justification of the industry-like policymaking. 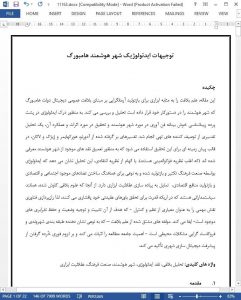 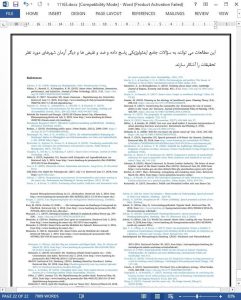