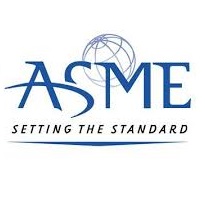 Over 90 percent of the more than 250,000 hip fractures that occur annually in the United States are the result of falls from standing height. Despite this, the stresses associated with femora! fracture from a fall have not been investigated previous!y, Our objectives were to use three-dimensional finite element models of the proximal femur (with geometries and maTerial properties based direct Iv on quantitative computed tomography) to compare predicted stress distributions for one-legged stance and for a fall to the lateral greater trochanter. We also wished to test the correspondence between model predictions and in vitro strain gage data and failure loads for cadaveric femora subjected to these loading conditions. An additional goal was to use the model predictions to compare the sensitivity of several imaging sites in the proximal femur which are used for the in vivo prediction of hip fracture risk. In this first of two parts, linear finite element models of two unpaired human cadaveric femora were generated. In Part II, the models were extended to include nonlinear material properties for the cortical and trabecular bone. While there was poor correspondence between strain gage data and model predictions, there was excellent agreement between the in vitro failure data and the linear model, especially using a von Mises effective strain failure crilerion. Both Ihe ollset of structural yielding (within 22 and 4 percent) and the load at fracture (within 8 and 5 percent) were predicted accurately for the two femora tested. For the simulation of onelegged stance, the peak stresses occurred in the primary compressive ,rabeculae of the subcapital region. However, for a simulated fall, Ihe peak stresses were in Ihe inlertrochanleric region. The Ward's triangle (basicervica/) site commonly used for the clinical assessment of osteoporosis was nol heavily loaded in either situation. These findings suggest that the intertrochanleric region may be the mOST sensitive site for the assessment of fracture risk due to a fall and the subcapita! region for fracture risk due to repetitive activities such as walking.