The unraveling of cellular apoptosis machinery provides novel targets for cancer treatment, and gene therapy targeting this suicidal system has been corroborated to cause inflammation-free autonomous elimination of neoplastic cells. The apoptotic machinery can be targeted by introduction of a gene encoding an inducer, mediator or executioner of apoptotic cell death or by inhibition of anti-apoptotic gene expression. Strategies targeting cancer cells, which are achieved by selective gene delivery, specific gene expression or secretion of target proteins via genetic modification of autologous cells, dictate the outcome of apoptosis-based cancer gene therapy. Despite so far limited clinical success, gene therapy targeting the apoptotic machinery has great potential to benefit patients with threatening malignancies provided the availability of efficient and specific gene delivery and administration systems.

Gene therapy is the definitive therapeutic practice involving the transferring of DNA or RNA directly to in vivo cells, or to isolated cells followed by reinfusion of these cells into human body.1 Given that cancers are among the most severe threats to human health due to the unsatisfactory efficacy and inevitable systemic toxicity of traditional radio- and chemo-treatment, gene therapy has found its footing in treatment of neoplasia of divergent tissues.2 Cancer cells could be modified with the genes of cytotoxic or tumor suppressor proteins, or with a class of suicidal genes in combination with prodrugs, all of which result in autonomous cell death.3,4 Alternatively, the antitumor immune response could be elicited by genetic modification of malignant cells or immune cells to produce cytokines or tumor antigens.5,6 However, considering the relatively weak immune levels in cancer patients, strategies that directly kill tumor cells are advantageous in the context of microenvironments educated by tumors.7

By virtue of the progress in laboratory studies on cancer gene therapy targeting the apoptotic machinery, clinicians now have the opportunities to evaluate the therapeutic potential of a growing list of pro-apoptotic gene reagents on cancer patients.7,61,62 Due to a confound role of TNF-a in inflammation and cancer development, it remains a debate whether TNF-a potentially benefits cancer patients, which has been even complicated by the recent discovery that TNF-a is critically involved in vascular permeability regulation. In contrast to the limited success of recombinant TNF-a protein due to high toxicity, adenovirus-delivered TNF-a, designated TNFerade, has showed emphatic therapeutic potentials in advanced, metastatic or recurrent solid tumors including pancreatic cancer, esophageal cancer, soft tissue sarcoma and melanoma.107–112 A phase III clinical trial combined with chemoradiation (CRT) in locally advanced pancreatic cancer indicated an encouraging trend of overall survival in favor of the TNF-treated group compared with CRT alone (Table 1).107 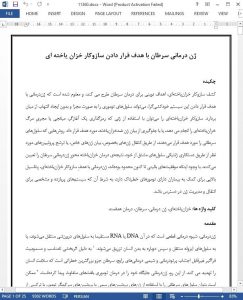 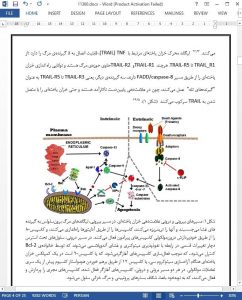 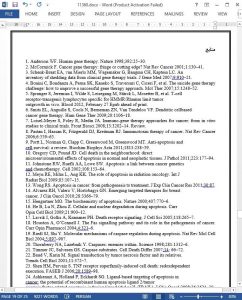