Coronary artery disease (CAD) is the most common type of heart disease caused by plaque building up along the inner walls of coronary arteries which narrows the lumen and reduces blood flow. Stenting is the current standard procedure to treat the disease by opening the narrowed arteries and restoring the blood flow. Stenting has been revolutionary evolved from the use of bare metal stents made of corrosion resistant alloys to the incorporation of anti-proliferative drugs in the drug eluting stents. Despite the advantages and limitation of the current stent technology, the permanent presence of stents in the arteries is questionable, especially for some applications, including pediatric, in presence of collateral arteries, and others. Biodegradable stents, designed to support the arterial wall and disappear after its remodelling, therefore constitute an interesting choice, possibly representing the next revolutionary treatment of CAD. Magnesium, iron, zinc and their alloys are among metals have been proposed as biodegradable stent materials. These metals are designed to degrade in vivo through corrosion process without posing toxicity problems to the body and called as biodegradable metals. Stents made of magnesium and its alloys have been the most studied, developed and reached clinical trials in humans, followed by those made of iron which reached in vivo studies in animals. Meanwhile, zinc is just recently proposed with only few studies have been reported. This papers presents a focused review on the development of biodegradable metals for stents.

Cardiovascular diseases (CVD) include coronary artery disease (CAD), cerebrovascular disease, peripheral arterial disease, rheumatic heart disease, congenital heart disease, and deep vein thrombosis and pulmonary embolism. In 2010, CVD was responsible for 31.9% death, which equals to one of every three deaths in the United States. At the same year, 34% of deaths due to CVD occurred before the age of 75 years, about 4 years earlier than the actual average life expectancy.1 Among all CVD cases, CAD killed 379,559 Americans in 2010, about 50% of diseases mortality or 1 of every 6 deaths. Although the death rate related to CVD were declined up to 31% from 2000 to 2010, the burden of the diseases remains high.1

The application of biodegradable metals for coronary stents constitutes a great potential to revolutionize the next treatment for coronary artery disease. As the diseased artery is fully recovered, there is no logical reason for the stent remains in the artery. And as the biodegradable metal stents disappear after fulfilling its mission, late stent thrombosis, impaired endothelialisation, and prolonged antiplatelet therapy are mostly unlikely. However, although the excitement of this field is high, especially in industry, one should recognise that the fact that the lack of correlation between in vitro and in vivo studies, as well as the limited number of in vivo and clinical studies reported in literature represent major limitations for the development of the field. 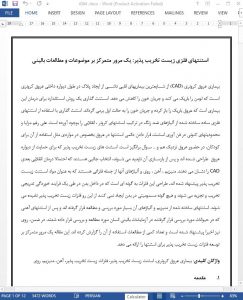 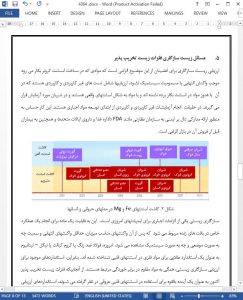