This investigation has evaluated the sliding wear properties of E-glass-epoxy/MWCNT (multiwalled carbon nanotube) composite and Epoxy/MWCNT composite. Four different reinforcements (0, 0.5,1 and 1.5 wt %) of MWCNTs are dispersed into an epoxy resin. Design of experiments (DOE) and Analysis of variance (ANOVA) are employed to understand the relationship between control factors (Percentage of reinforcement, Sliding distance, Sliding velocity and Normal load) and response measures (specific wear rate and friction coefficient). The control variables such as sliding distance (300, 600, 900 and 1200 m) and normal loads of 10, 15, 20 and 25 N and at sliding velocities of 1, 2, 3 and 4 m/s are chosen for this study. It is observed that that the specific wear rate and friction coefficient can be reduced by the addition of MWCNTs. Scanning electron microscopy (SEM) is used to observe the worn surfaces of the samples. Compared with neat epoxy, the composites with MWCNTs showed a lower mass loss, friction coefficient and wear rate and these parameters decreased with the increase of MWCNT percentage. Microscopic investigation of worn out sample fracture surface has revealed that fiber debonding happens when the stresses at the fiber matrix interface exceeds the interfacial strength, causing the fiber to debond from the matrix. The optimum control variables have been derived to reduce both wear and friction coefficient of composites.

Polymers [1–5] particularly E-glass epoxy based composites are considered as potential candidate materials for various tribological applications [2–4] due to their superior physical and mechanical properties such as high compressive strength, elastic modulus and low density. The remarkable mechanical properties of the carbon nanotubes (CNTs) have inspired the researchers to produce composites by combined CNTs with matrix. Recently, some researchers [1–5] have reported regarding the wear performance of E-glass/ epoxy composites. Very little work has been done by researchers to describe the sliding wear of CNT based composites. Wang et al. [6] studied the mechanical and tribological behavior of the blend of PA66/UHMWPE with compatibilizer. The results showed that the addition of UHMWPE reduced the wear rate. Friedrich and Pipes [7] studied the abrasive wear behavior of epoxy reinforced with carbon, glass and aramid fabrics. Harsha and Tewari [8] reported the two-body and three-body abrasive wear behavior of polyaryletherketone composites.

The following conclusions are drawn:

1. The inclusion of MWCNTs to the epoxy matrix considerably enhances its sliding wear behavior. Percentage of reinforcement has only significant effect on specific wear rate and friction coefficient in both these composites.

2. It is clear, for both types of composites (Epoxy–MWCNT and E-glass-epoxy/MWCNT) that the specific wear rate decreases with increase of percentage of MWCNT.

3. Microscopic investigation of worn out sample fracture surface has also revealed that fiber debonding and fiber pullout happens when the stresses at the fiber matrix interface exceed the interfacial strength, causing the fiber to debond from the matrix. 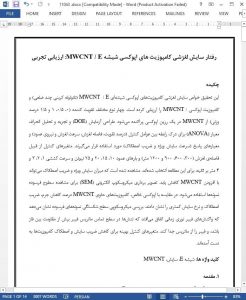 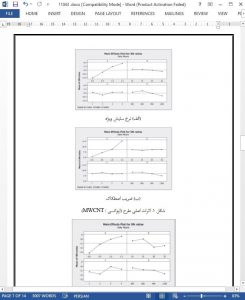 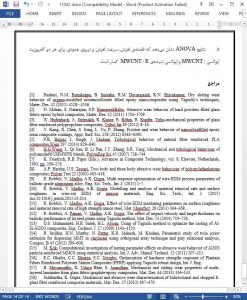