Steel corrosion in RC structures leads to a reduced reinforcement area, changes in steel mechanical properties, cracking and, eventually, concrete cover spalling, among other phenomena. Stirrups are generally small in diameter and, given their small concrete cover, they are more susceptible to corrosion than longitudinal reinforcement. Hence their corrosion significantly affects shear strength. Most existing models that deal with reduction in the shear strength of corrosion-damaged reinforced concrete (RC) structures are empirical; that is, they have been numerically fitted to test results. In this context, conceptual models based on structural mechanics principles and verified for corrosion-damaged members are still needed. In this paper, the Compression Chord Capacity Model (CCCM), a shear mechanical model previously derived by the authors, is adapted to predict the shear strength of corrosion-damaged RC beams. For this purpose, the model parameters that can be affected by steel corrosion in RC beams were identified and modified accordingly. CCCM predictions were compared to the experimental results of 146 slender and non slender beams failing in shear, in which stirrups and/or longitudinal reinforcement was subjected to corrosion. The CCCM achieved very satisfactory shear strength predictions when reductions in reinforcement areas and web width were taken into account, with a mean value of the Vtest/Vpred ratio equaling 1.19 and a 19.5% coefficient of variation. Finally, a parametric analysis was performed to show the predicted reductions in shear strength according to the CCCM compared to the experimental results of some especially relevant tests.

Steel corrosion is one of the most frequent and relevant deterioration processes that reinforced concrete structures undergo. It causes reductions in reinforcement areas, changes in reinforcing bars’ mechanical properties [1] and loss of bond properties between steel and concrete [2,3]. In addition, the volumetric expansion of corrosion products causes splitting stresses along corroded reinforcement, which lead to cracking and eventually to cover spalling. As reinforcement becomes more exposed, the corrosion rate may increase and the deterioration process might accelerate [4]. As a result of these phenomena, a reduction in stiffness, bond properties, anchorage capacity, flexural and shear strengths takes place that may affect their service performance and strength.

• The corrosion of stirrups and longitudinal reinforcement brings about a reduction in the reinforcement area and, eventually, concrete spalling, among other structural effects. Both effects must be taken into account to adequately predict the shear strength of corrosion-damaged beams. 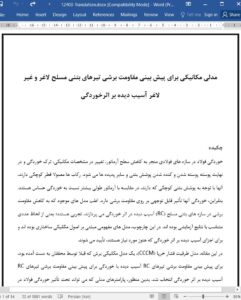 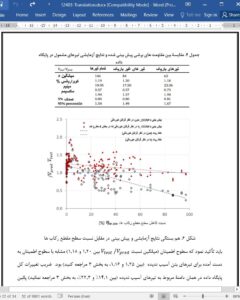 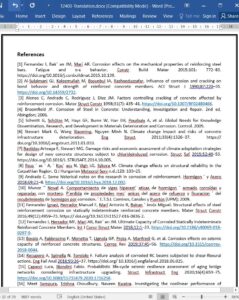