Oral lichen planus (OLP) is an immune-related disorder with unknown exact etiology but established prevalence in females. There are six clinical forms of OLP, ranging from asymptomatic white keratotic lesions to painful erosions and ulcerations. The aim of the present report is to overview pathologic and therapeutic aspects. Peroxidation products, antioxidants, cortisol, and immunoglobulins are potential biomarkers to predict OLP occurrence. The risk of OLP development in patients with hepatitis B and C infection is 2-fold greater than in healthy individuals, while there is no significant relation with diabetes mellitus. Corticosteroids are common drugs to treat OLP and their combination with other agents can be most effective. Folic acid and variants of vitamin B are also potential treatments since they target hematological abnormalities.

Oral lichen planus (OLP) is a chronic disorder with the primary role of immune system (Eisen et al., 2005). Since OLP is an immune-related disorder, stress and anxiety and other factors in relation with immune system can be causative factors which probably trigger to this disease (Vincent et al., 1990). This disease dominantly occurs among women and involves 2-5% of the general population. Also, its possible onset is in the decade 4-5 of life (Burket et al., 2008).The exact etiology of OLP has not been discovered, and it is mostly considered as a multifactorial process with different triggers such as mechanical, electrochemical, traumaand psychological, infectious, malnutrition, stress, overworking, mucous exciting factors and allergy, endocrine disorders, salivary gland disorders, genetic susceptibility and immunological illnesses (Nielsen et al., 1997; Torrente-Castells et al., 2010; Bombeccari et al., 2011). 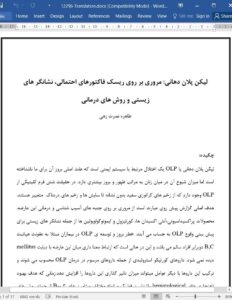 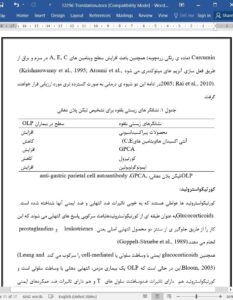 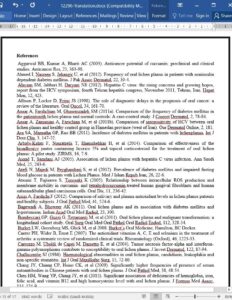